As per the rumours, Nokia 5.2, 6.2 and Nokia 7.2 are the smartphones that could be launched. Till now we have seen many leaked images of the Nokia 6.2 and Nokia 7.2, both the devices also appeared on geekbench and just a couple of days back we also saw the leaked original Nokia Clear case for the Nokia 6,2 and Nokia 7.2 which fits on both the devices indicating a similar design and dimensions. There's not much info about the 5.2 yet so we will have to wait and see if this phone is launched or not. 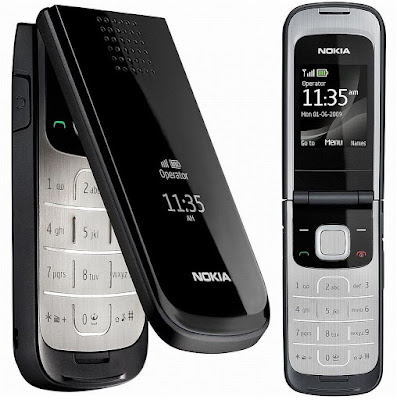 Yesterday, we got informed about the codenames of two upcoming Nokia feature phones. As per the information received, Nokia 2720 Fold 4G is codenamed "Beatles". Another interesting feature phone is codenamed "Coconut" and like its name, this will be a rugged feature phone as hard as a coconut. The source said this feature phone will be built on military standards.

Recently, Juho Sarvikas shared two teasers on twitter which are possible hints at this upcoming rugged feature phone from Nokia.

The first is a video teaser with the caption "The ultimate sidekick for your adventures is making its way to Berlin. Tune in to #IFA2019 and watch us break to suspense". The video shows cracks appearing on the ground and could be a hint at this rugged feature phone. It also seems to be a part of the product video to me. Tweet below:

The ultimate sidekick for your adventures is making its way to Berlin. Tune in to #IFA2019 and watch us break to suspense #NokiamobileLive pic.twitter.com/4PqvQHsPpM
— Juho Sarvikas (@sarvikas) August 31, 2019

The 2nd tweet came today where Juho Sarvikas shared some fun Nokia 3310 memes which describe its ultimate durability with a caption "Our dear Nokia 3310 turns 19! We will pay the legend the ultimate homage this Thursday. Stay tuned".

We all know Nokia 3310 is well known for its durability and indestructible nature. So, what better way to pay homage to the legend than launching an even more durable phone. The tweet gives a clear message that Nokia Mobile will launch a new feature phone that will follow the steps of Nokia 3310 for being extremely durable and ready for any adventure. The tweet is below:

These tweets are a clear hint pointing at the launch of a new rugged feature phone. The source familiar with the info also said both, the Nokia Beatles (Nokia 2720 Fold 4G) and Nokia Coconut will be 4G feature phones running KaiOS and will ship with Google apps pre-installed same as on every other KaiOS phone.

Now we just have to wait for two more days to know complete details about the devices and how they look. This launch event is filled with excitement. Stay tuned. :)
Feature Phone Military Standard Nokia Beatles Nokia Coconut Nokia Mobile Rugged