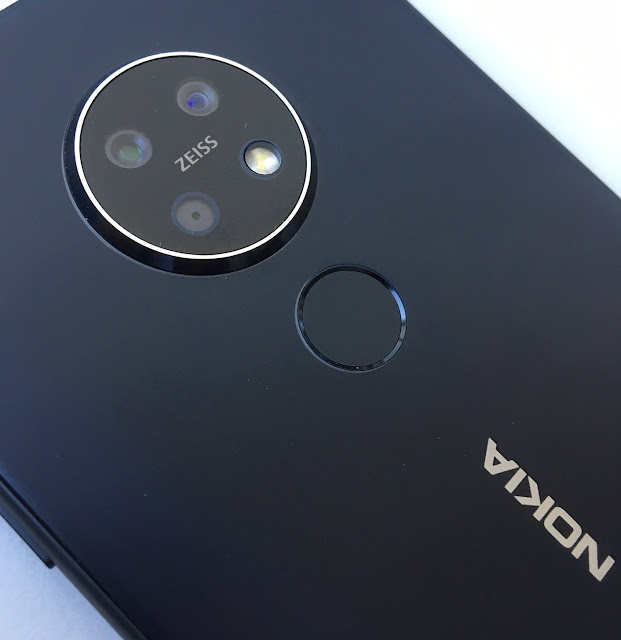 What you see above is one of the first real-life image of the upcoming Nokia 7.2. We saw leaked images of this device in the past and the design was exactly the same as the image above.


The first real-life image of Nokia 7.2 was shared by an employee of ZEISS Group - Joachim Kuss on Twitter who also thanked HMD Global for demonstrating the Nokia 7.2 to the media and tech reporters ahead of the official launch in September.

We showed the new #Nokia 7.2 to some media and tech reporters @ZEISS_Group yesterday - thanks @HMDGlobal for demonstrating it before its launch in Sept

The original tweet has been deleted but we have the screenshot which you can check out below: 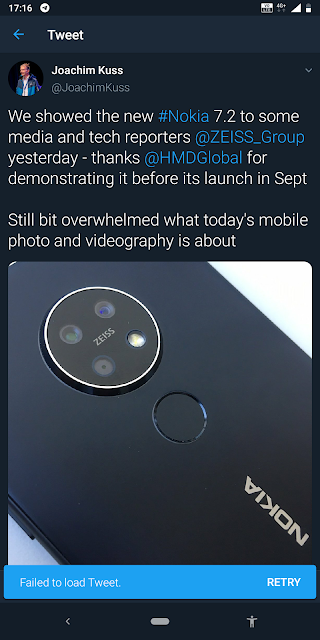 This tweet confirms the name Nokia 7.2 and that the device will be launched next month which undoubtedly should be announced at IFA 2019. Nokia 7.2 will come with triple cameras at the back with ZEISS optics. As per the rumours, Nokia 7.2 will have a 48MP primary camera, a wide-angle secondary camera and a third camera for depth sensing. The fingerprint scanner can be seen located at the back of the phone just below the round camera bump.

The image shows the Nokia 7.2 is Tempered Blue like colour and several reports have said that the phone might also come in Charcoal Black. So, what do you think about the design of Nokia 7.2? Does it give you Lumia vibes? 😁