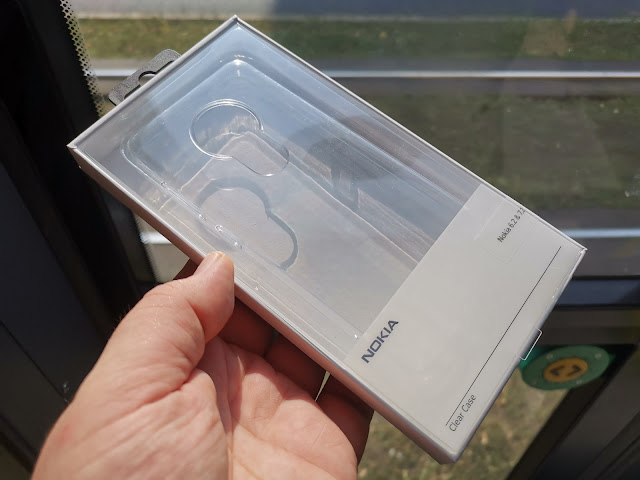 The above image was shared by Roland Quandt from windfuture.de on Twitter where he also shared more images of the case which you can check out below:
.

As per his findings by examining the case he shared the external features of the phone. Both Nokia 6.2 and 7.2 will have a headphone jack, fingerprint scanner at the back and there's also a round cutout for camera housing which we have already seen in the leaked images earlier. He also mentions that the case appears to be thick which suggests the phones could have a larger battery and he expects the phone display size to be around 6.4".

Both Nokia 7.2 and 6.2 are rumoured to be coming with a SD6xx series processor, Triple cameras where one is a wideangle camera, a 48MP main camera and there's no info about the 3rd sensor which might be the depth sensor. Nokia Mobile will announce these devices along with new feature phones  at IFA2019 in Berlin. The event is just a few days away so stay tuned to for more info about the upcoming Nokia phones. 😊
CC-162-172 Nokia 6.2 Nokia 7.2 Nokia Clear Case Nokia Mobile