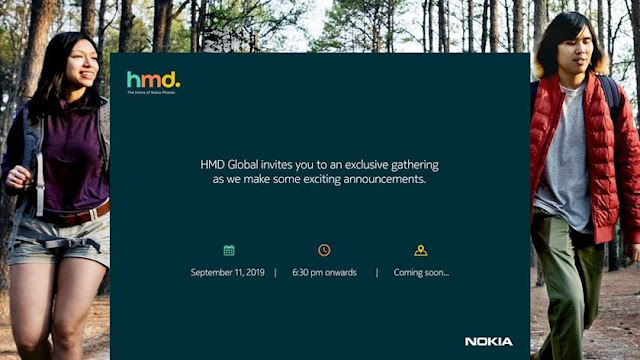 Nokia Mobile has postponed tomorrow's launch event to a future date due to some unknown reason. The date of the launch event will be announced in the coming days

Nokia Mobile has sent out invites to the Indian media for their upcoming launch event in the country. After announcing their new phones at their Mega event in Berlin this coming Thursday, Nokia Mobile is also holding a regional launch event in India on 11th September.


At this event, Nokia Mobile will show their new phones to the Indian media and also announce the pricing and availability information for the Indian market. This should definitely bring a smile on the face of many Nokia fans in India who are eagerly waiting for these devices and want the new phones to launched soon in the country.

There could also be a livestream of the event just like they did while announcing the Nokia 8.1 back in December. We will share the livestream link if it is made available. :)