PureView might make its way back to Nokia phones! 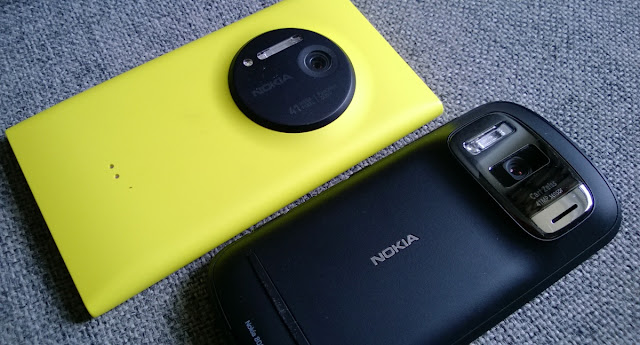 Nokia was synonymous with top-of-the-line innovative cameras then. Back in the year 2012, the PureView technology, developed by Nokia and Carl Zeiss, made its debut to set "the next benchmark in imaging". Nokia 808 PureView and Nokia Lumia 1020 to name a few, used PureView and were way ahead of the competition in terms of imaging.

Following the acquisition of the Nokia Devices & Services division by Microsoft, it acquired the PureView name, trademark and all related imaging technology. Even after HMD Global was licensed to make Nokia branded phones, it was unclear who had the license to PureView.

Nokia had spent over 5 years to develop this masterpiece of tech along with Carl Zeiss. They certainly would not let it go in vain. Even during the acquisition by Microsoft, Nokia did not sell its PureView tech. Instead, they licensed it to Microsoft for a period of 10 years.

According to a new filing in EUIPO (shown in the above image), HMD Global is now the owner of the PureView technology. The PureView trademark was officially transferred to HMD Global on 23rd August, just a few days before. It expires on 04/01/2022. You can visit this link to check out all the trademarks owned by HMD Global, including Asha, Xpress-On and the mysterious Tarmo.

The image above shows where the PureView tech can be used by HMD Global. Smartphones are indeed included! By this HMD Global has the access to both hardware (on-chip image processors) and software (image scaling with oversampling) related to PureView. This will give the cameras an improved digital zoom and reduced noise. Given that the cameras in the current Nokia smartphones were mostly average at the best, PureView would certainly help HMD Global a lot. But they have to deliver it to meet the expectations of having the PureView brand on a Nokia smartphone, again.

This leads us to wonder whether the upcoming Penta-lens Nokia flagship(s) might sport PureView. It might end up being a big collab between Nokia, HMD Global, Zeiss, Light and Qualcomm for the Penta-lens Nokia. This is just my guess. We might not see PureView soon. But one day, surely we will. The question is will that be a show stopper like the PureView was?

Anyways, one thing is for sure. The coming months are going to be very interesting for us Nokia fans and for HMD Global!