As per the trademark information at EUIPO, this trademark can be used on: 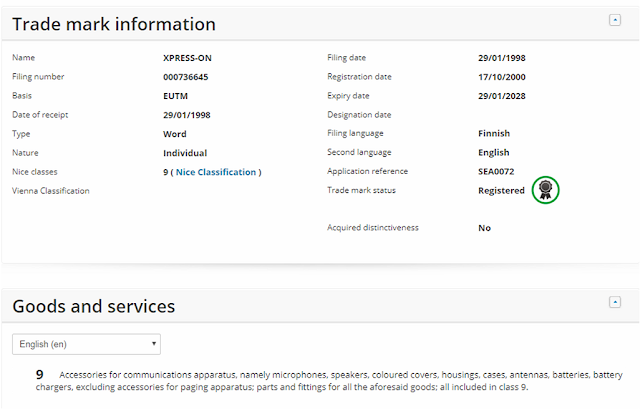 If you don't know, Nokia Xpress-on covers were first inroduced in 1998 for the Nokia 5100 series of phones and allowed the users to change the entire body of the phone with a different colored body. It was as easy as replacing a back cover of any phone but this allowed the user to replace the front panel of the device as well. Below are the images of Nokia 5100 Xpress-On covers. 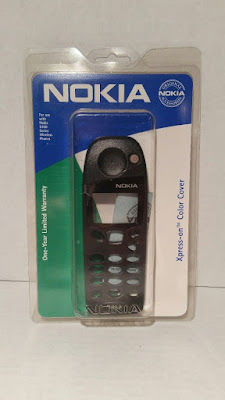 The Xpress-On covers also added features like GPS and many other cool and interesting stuff to some Nokia phones. There were many other cool looking xpress on covers for different Nokia phones that added different functions. Take a look at this Nokia Xpress on fun shell for Nokia 3220 that allowed users to set a message (Text or Image) and express it by just waving the phone in air. Check out the video below to know how it worked. Isn't it cool? :D

Xpress On covers can add a completely new feature to feature phones and smartphones. Just imagine Xpress On covers which allow you to completely change the design of your device by just snapping a cover with different design OR add Wireless charging support, big speakers, LED messages like the Nokia 3220 Xpress On fun shell above or GPS functionality to feature phones. I can't even imagine the possibilities that are possible.

Is HMD Global planning to launch some cool "Xpress-On" accessories for their upcoming feature phones and smartphones? Not sure, but it would be awesome if they come up with some interesting Xpress-On accessories to go with Nokia phones.

What other features do you think can be implemented using the Xpress On covers? Share your innovative Xpress-On cover ideas in the comments section below. I am looking forward to see some innovative ideas from you guys. :)