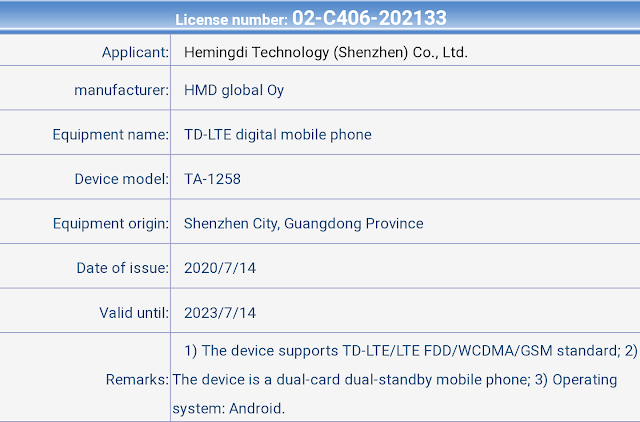 The listing reveals this is a Dual SIM device running on Android and supports 4G LTE as well so this might be the first Nokia smartphone heading to China after a very long time.

This is just my guess so take it with a pinch of salt. More information including the specifications and images of TA-1258 should be coming soon on TENAA which will clear all the confusion. I will update this post as soon as I spot them. So stay tuned.

What do you think? Is this the Nokia 400 4G or some other Nokia smartphone? Share your thoughts in the comments below. :)

TENAA uploaded the specifications of Nokia TA-1258 which confirm this is a smartphone. We made a separate post about this which you can read here.