The Chinese certification agency TENAA has now uploaded the major specifications of the recently certified Nokia TA-1258. The specifications confirm this is a budget Nokia smartphone and not a feature phone like I assumed earlier and clears the confusion. 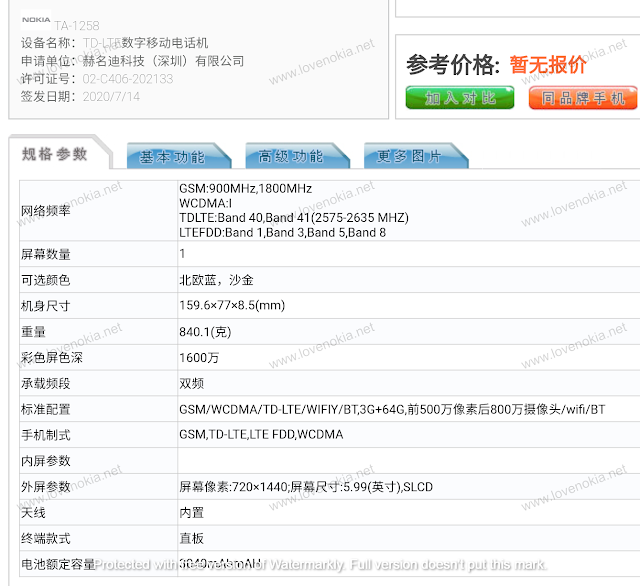 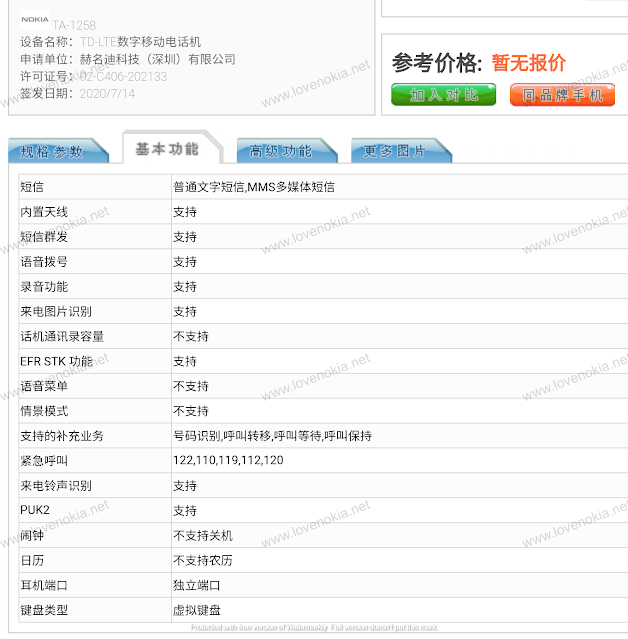 The listing also reveals that the phone is custom made for China Mobile, China Unicom and China Telecom. This means it will possibly be locked to these three network operators in China. Nokia TA-1258 has all the necessary sensors such as gravity sensor, proximity sensor, ambient light sensor and it also has a fingerprint scanner. It will come in two colours - Nordic Blue and Sand Gold. Below are the detailed specifications of the device as revealed by TENAA:

Now that they are re-entering the smartphone game in China, it would also be interesting to see what happens to their old smartphones in the country which have stopped receiving updates. It would be very nice if HMD Global manages to update the eligible smartphones in China to Android 10.

So, what are your thoughts on this new budget Nokia smartphone heading to China? Coult it be the Nokia 3.3? Share them in the comments below :)

At the time of writing this post, TENAA has pulled back the specifications page and it once again shows an error message while trying to access it. Luckily I had the webpage open on my phone and was able to grab the non translated screenshots. If they make some corrections in the specifications we will update the post with the same.


You can also follow us on Telegram to stay updated with the latest news!
Source: TENAA
Android 10 China Nokia Mobile Smartphone TA-1258 TENAA