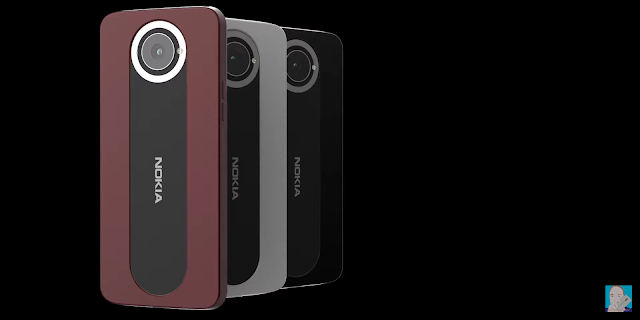 Concept Creator Jermaine is back with another concept of a Nokia smartphone from the past. This time he has made the modern version of the popular N Series smartphone - Nokia N73 Music Edition. The concept video is a bit different than the regular concept videos.
In the video, he has shared the process of making his concepts from imagination to the finished concept video. He first selects the few important elements he wants to be present in the modern version of the Nokia N73 that he made. As this is a music edition phone he has included Dual Speakers and a headphone jack. He also focused on making a distinguishing rear design. 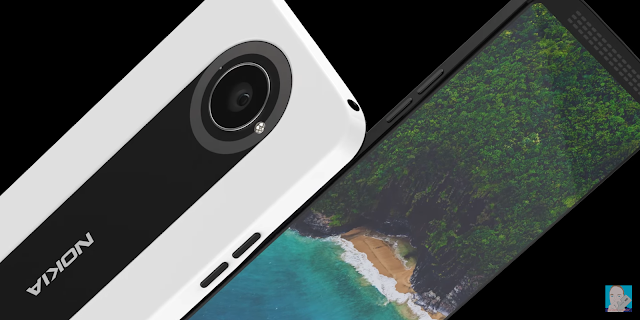 The Nokia N73 Music Edition concept has Dual Front-firing speakers, a notch-less display at the front. A big single camera is at the back with dual-LED flash and the Nokia logo sits below it but is weirdly facing towards the wrong direction which will look upside down when the phone is held in the typical landscape mode (Just a small design element but my brain can't ignore it). The headphone jack is at the top, there's also a dedicated Music key on the left and the usual volume and power buttons can be seen on the right side. You can check out the concept video below. Just skip to 7:07 if you are in a hurry.☺️

This Nokia N73 concept is very basic and I would not like to see the remake in such a simple form which does not excite at all. But what I think is it could work out pretty well in the modern budget Nokia smartphones. Nokia Mobile should include loud Dual front-firing Speakers and dedicated music keys over the less useful Google Assistant button in all of its budget and mid-range smartphones. This way they can have an edge over the competition by offering something that will be unique in the sub $300 smartphone market. This also creates a new USP for Nokia smartphone lineup which can be marketed as music devices too.
What do you think? Should Nokia Mobile include dual front-firing speakers and music keys in budget Nokia smartphones? Share your thoughts in the comments below. You can also share your thoughts by replying to the recent tweet by Nokia anew asking what you want from Nokia Mobile. The tweet is embedded below.

What do you want from @NokiaMobile? What should a Nokia device look like? State your thoughts briefly and clearly.