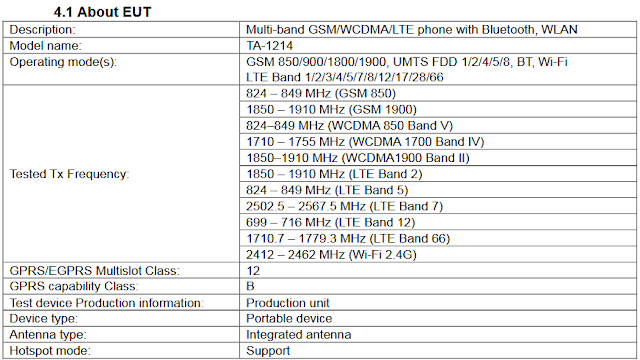 After a long pause, a Nokia phone carrying the model number TA-1214 has passed the FCC certification process. The FCC certification doesn't reveal much about the device. As per the FCC data, Nokia TA-1214 is an LTE phone with support for Bluetooth and WLAN. You can check out the supported network bands in the image above.

The specifications of the device are not known but the FCC documents reveal that it will have a 3920mAh (roughly 4000mAh) battery. The documents also reveal Nokia TA-1214 will ship with the Nokia HS-34 earphones. These are the same basic type of earphones that are shipped with the Nokia 7.2.

We don't know what this new smartphone will be. Nokia Mobile is yet to launch the Nokia 8.2 and Nokia 5.2 is missing as well. So, TA-1214 could be any one of these two smartphones.
Certification FCC Nokia Mobile TA-1214