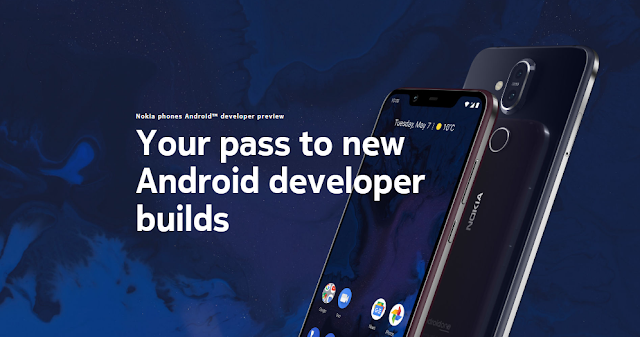 Dear developers! The latest Android Q developer preview (Beta 5) is now available on the Nokia 8.1. Get ready to summon Google Assistant with just a swipe from either of the bottom corners of the device. https://t.co/8hLFafgO2d#GetSmart #Nokiamobile #AndroidQ pic.twitter.com/PCU674uI9U
— Juho Sarvikas (@sarvikas) August 5, 2019

The new Android Q Developer Preview build brings a new way to launch Google Assistant by swiping from the bottom left or right corners of the screen.

Currently, Beta 5 upgrade is only available for those users who previously installed the Beta 3 update and there is no way to directly install it directly from the Android 9 Pie.  As per the info on the Developer Preview webpage, an upgrade from Android 9 Pie to Android Q Beta 5 is in the works and will be released shortly. So, users on Android 9 Pie will have to wait a bit more to try out the latest Developer Preview build.

If you're going to install it check out the full summary of known issues over at the Nokia Community forum.

Nokia Mobile is also preparing for the OTA rollout of the Android Q Developer Preview for Nokia 8.1 which is expected to be released within this month. If you find it difficult sideloading the update then you should wait for the OTA support which is coming soon. Also, not all Nokia 8.1 model are included in the Developer Preview and the availability is also dependent on the markets and country. You can check out the screenshot below for more details.


Android Q Developer Preview (Beta 5) is now also available for Nokia 8.1 users on the Android 9 Pie. Staff Member HMD_Laura shared the good news on the Nokia Community Forum. Below is the screen shot of the same. 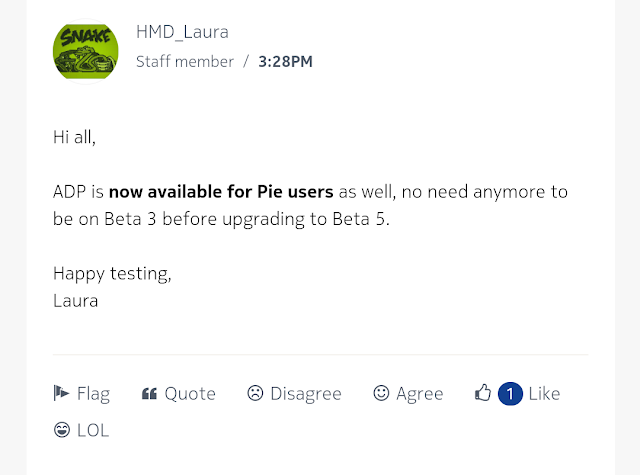 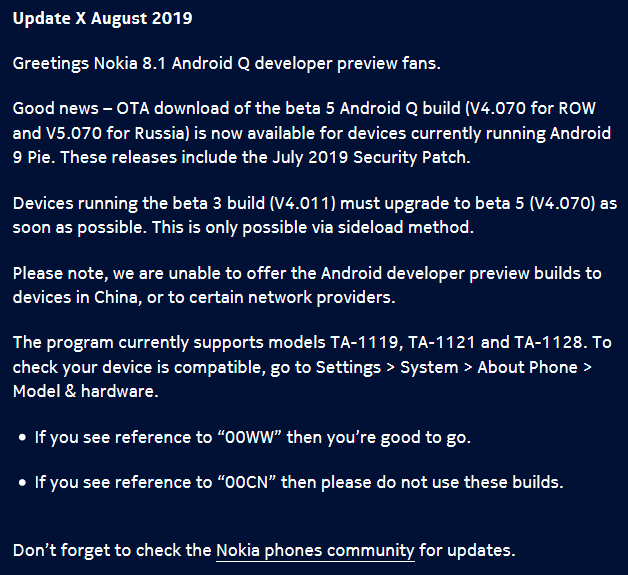