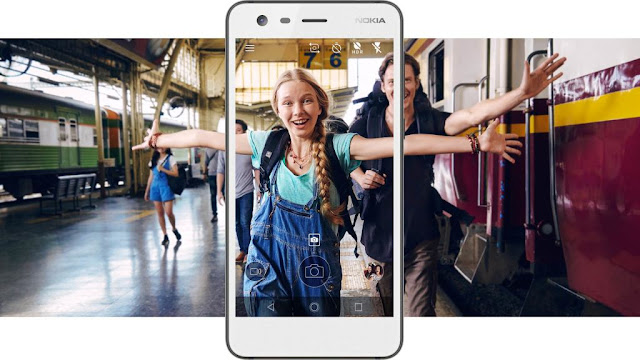 Nokia 2 was the very 1st low-end Nokia smartphone launched back in 2017. The phone ran on Android Nougat and was powered by an age-old Snapdragon 212 Quad-Core processor and just 1 GB of RAM. At the time of launch, Nokia Mobile did promise 2 years of major OS updates for the Nokia 2 just like every other Nokia smartphone.

Nokia Mobile started Android Oreo Beta Testing for Nokia 2 in June 2018 which went on till February 2019. Android Oreo was too heavy for the low-end hardware of Nokia 2 to handle and it was finally released as an optional upgrade. Users were given the choice to stay on Nougat for the smoother experience or upgrade to Oreo.

At the time, Nokia Mobile didn't officially confirm whether the Nokia 2 would get Android Pie or not. It was obvious that a device which got Android Oreo as an optional upgrade would not be receiving the Android Pie update but many users on the Nokia Community forum were still in hopes that Android Pie for Nokia 2 will be coming soon and the Support Chat made the situation worse.

Community admin HMD_Laura in her comment confirmed that Support had some misunderstanding and Nokia 2 will not be upgraded to Android 9 Pie Go as it requires powerful hardware. Below is the screenshot of her reply: 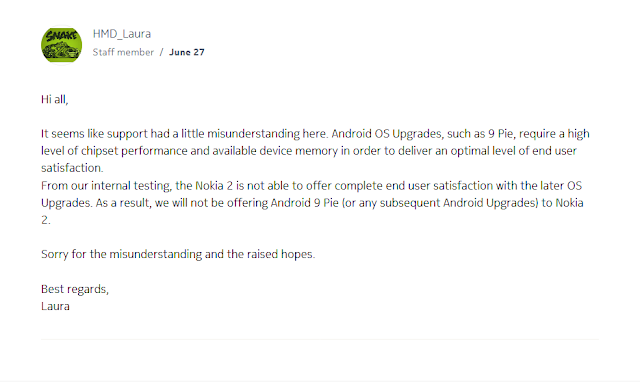 This puts an end to the incorrect information provided by the Support staff. Nokia 2 won't be receiving any major Android OS updates but monthly security patches will keep coming to keep your phone secure. :)