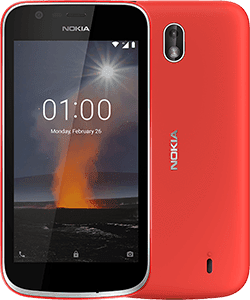 Nokia 1 was announced during MWC this year and it is the cheapest Nokia Android phone you could get. It runs on Android Go, a slimmed down version of Android optimised for low-end devices by Google.
It was priced at ₹5,500 in India. Now Nokia 1 has received a 500 rupee price cut, meaning you can buy one for Rs.4,999 only. If that's not enough, Jio provides ₹2,200 cashback to it's existing and new customers. So this brings down the effective price of Nokia 1 to just ₹2,800. For that price, it offers a 1.1 GHz quad-core processor, 1 GB of RAM, 8 GB of onboard storage and a 4.5" FWVGA IPS display. All of this is powered by a removable 2150 mAh battery. It should serve well as a secondary backup device and to the first time smartphone buyers who are on a limited budget. 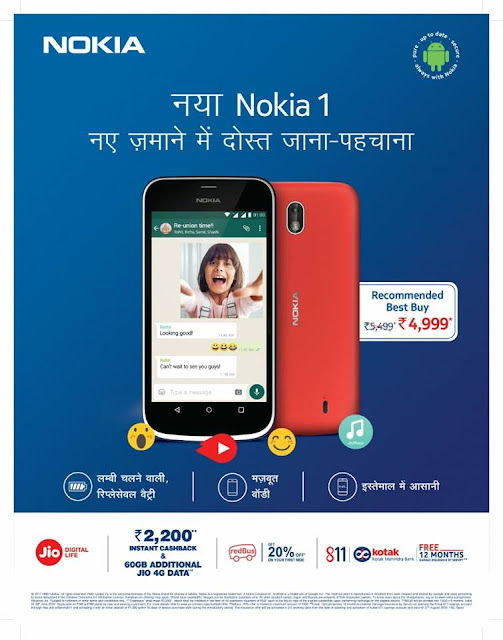 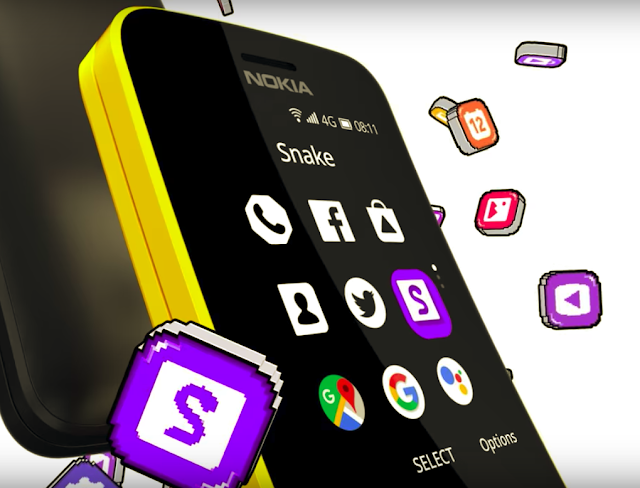 What this also means is that the Nokia 8110 4G aka The Banana Phone, which is supposed to be launched in May/June, should be priced lower than this. We expect the price to be somewhere around Rs.4000 or even cheaper. Nokia 8110 4G runs on KaiOS and it has popular apps like FaceBook, Twitter, Google Maps, Google search and even Google Assistant. It has Snake too! On the hardware side, it is powered by a Dual-core Qualcomm 205 processor, which should be more than enough for a feature phone. It has Dual SIM, 4G VoLTE, Bluetooth 4.1, Wifi and hotspot. All of this is backed by a removable 1500 mAh battery.


Are you interested in these phones? Tell us in the comments below!
HMD Global India Nokia 1 Nokia 8110 4G Nokia Mobile Price Cut