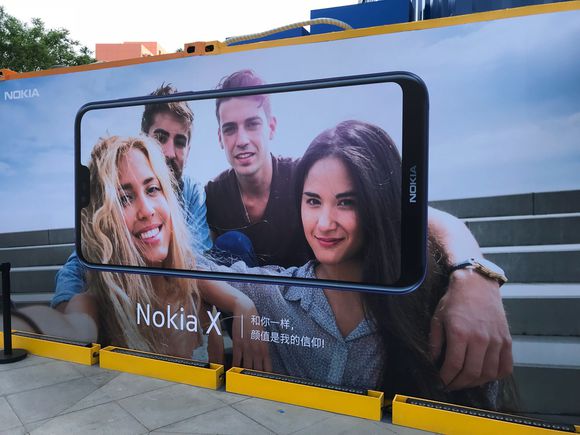 There is no doubt that Nokia Mobile is about to launch the Nokia X smartphone today in China. We also saw some images of marketing material which already revealed the front design of the Nokia X. Nothing else could be found about the Nokia X as of now so, I just visited the website of Chinese retailer JD.com to check if the device was listed or not and to my surprise, I found the listing of a device named as Nokia X6. 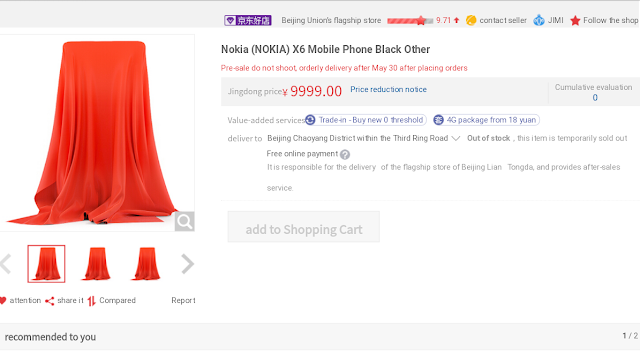 As you can see in the screenshot above, Nokia X6 is listed on JD.com. As of now, they have not revealed any information about the features and specifications of the device as it is yet to be officially announced. The image of the Nokia X6 is also covered with a Red cloth. The price of Nokia X6 is listed as ¥9999 Yuan which is too high and it is subject to change once the device will be released.

Only known information about Nokia X6 is its availability details. As per the information mentioned in the listing on JD.com, Deliveries for Nokia X6 will begin from 30th May onwards.

The device will be soon launched in China and we will share more information once we get to know more about the device. Stay tuned! :)

Nokia X6 listing has been removed from JD.com and it should be back once the device is officially launched on 16th May.