Indestructible | Even the cheapest Nokia 2 survived the "JerryRigEverything" Durability tests 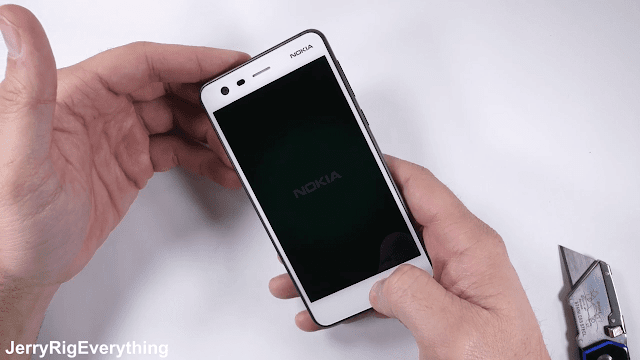 Another interesting thing to notice is that Nokia 2's rear camera is covered with glass, unlike the Nokia 3's camera which was covered by a plastic lens which can easily be scratched. This is a tiny but a very useful improvement.

Nokia 2 also survived the Burn test as it uses a type of LCD display and the pixel come back to normal when they are moved away from heat. Now coming to the bend test, it seemed like Nokia 2 won't survive this torture. Nokia 2 bent from the middle but when pushed again from the other side the phone was back in its normal shape. Overall the phone was intact and working even after such torture treatment. There is a reason why many say "Nokia's are built to last" and Nokia 2 stays true to it.

Check out the Nokia 2 Durability test in action in the video below. Headphone Alert! Beware of the metal scratching sound if you are listening through headphones. :P


You can also check out the Durability Tests of Nokia 3, Nokia 6, Nokia 5 and Nokia 8 done by JerryRigEverything.

What are your thoughts on the Build quality of Nokia 2? Share it in the comments section below.  :)
Durability Test JerryRigEverything Nokia 2