Nokia C3 successor and a 5G smartphone are coming to China by year end. Use of 5G MediaTek processors on Nokia smartphones not ruled out says HMD's Zhang Yucheng 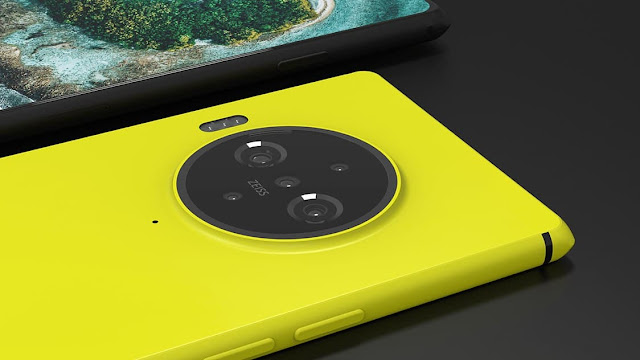 Some very exciting information is coming from China that is surely going to excite you all. In replies to comments, HMD Global's Zhang Yucheng has revealed a lot of information about the upcoming Nokia phones and what users can expect to see from Nokia Mobile in the remaining half of the year 2021. If all that he said happens then this year is surely going to change a lot of things and fans will love it.

Firstly, Nokia Mobile is working on a 5G phone for China that will be released before 11th November. As this is going to be only for China I would like to see it running HarmonyOS. There's no information if it will be a flagship but 11th November is still far away and Nokia Mobile has already released two 5G budget smartphones at the start of the year and there's no high-end 5G smartphone since the Noki 8.3 5G. So, it makes sense to expect at least an upper mid-range 5G smartphone if not a flagship. This news about the 5G Nokia smartphone for China has been doing rounds on the internet since morning but there's a lot more that is revealed by him and it was Indranil from Nokiamob who did an amazing work of finding it all on Weibo.

The successor of Nokia C3 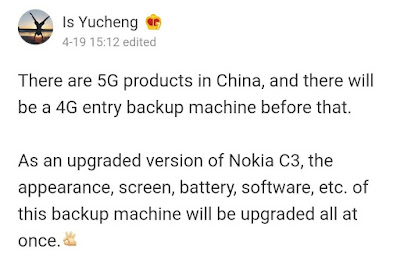 He also revealed that along with a 5G smartphone there's also a budget 4G smartphone planned for China which will succeed the Nokia C3 with improvements in design, screen, battery life, and software. Nokia C3 also made its way to India so there is a possibility that we might see its successor coming as well but only time will tell if Nokia Mobile wants to release it in India or not. It is also to be seen how Nokia Mobile will be naming the successor of the Nokia C3. Are we in for a Nokia C03/C3 Plus? 🤣 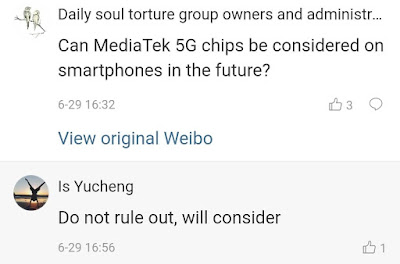 One of the users asked if Nokia Mobile has plans to use 5G MediaTek processors on any future Nokia smartphones. Zhang Yucheng replied saying, they will consider it and the option hasn't been ruled out. Currently, Nokia Mobile only uses Mediatek processors on budget smartphones and the most powerful MediaTek Processor ever used on a Nokia phone was the Helio P60 back in 2018 on the Nokia 5.1 Plus. The phone was affordable and powerful at the same time and it was a hot-selling device for that reason. To achieve this again, Nokia Mobile should try to launch a phone powered by the latest MediaTek processors which have been receiving great reviews and are also seen powering a lot of phones in 2021. This should help in bringing down the price of Nokia smartphones and also allow to keep them powerful at the same time. 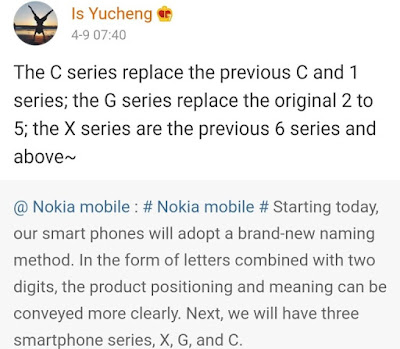 He even gave an explanation about the new naming scheme of Nokia smartphones and which old series of Nokia phones are getting replaced by the new Nokia C, G and X series going forward. He said, the old Nokia 1 and C series will be replaced by the new Nokia C series, the Nokia G series will replace the old 2 series and everything in between up to the 5 series and all phones above Nokia 6 series will be replaced by the Nokia X series in the future. This means for now even the upper mid-range and flagships could be launched under the Nokia X Series. This gives hope that the rumors about Nokia X60 and Nokia X60Pro/X70 could be true to some extent.

Nokia Mobile must be already planning for its 2nd launch of the year and we should see some interesting devices in the second half of 2021. James Bond's upcoming movie No Time to Die is planned to be released on 30th September this year and by that time Nokia Mobile will probably be ready with an upper mid-range smartphone if not a flagship. They will have to be ready with phones that James Bond will be using throughout the film and that's when the marketing of the new devices will begin as well. So, I am hoping for the global launch event in August or September by Nokia Mobile where we should be seeing some powerful smartphones launched.

What do you really want to see from Nokia Mobile? What kind of smartphones should they focus on and with what features? Share your thoughts in the comments.
Source: Weibo via Nokiamob
5G China Nokia Mobile Zhang Yucheng