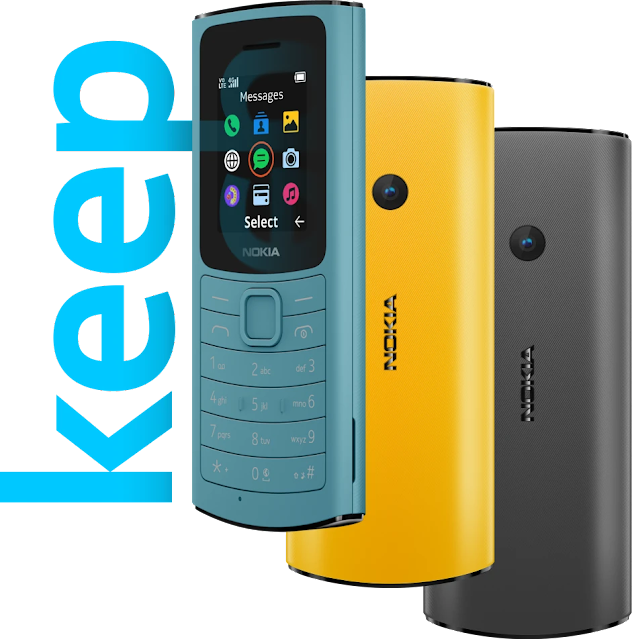 After bringing the Nokia G20 to India, Nokia Mobile is now about to make a splash of color in the feature phone segment with the all-new colorful Nokia 110 4G. The new affordable 4G feature phone has been listed on Nokia Mobile's India website suggests it should be launched in the country any time now.

Cooming to the Nokia 110 4G, it comes in a candy bar style and has three color options to choose from Yellow, Black and Aqua. As the name suggests, the phone supports 4G VoLTE, Dual Nano SIMs, has a VGA camera at the back and an LED torchlight at the top along with a 3.5mm Headphone Jack sitting right next to it. To keep you entertained the phone has Wireless FM Radio, internet access, pre installed games and also supports MicroSD cards up to 32GB which you can use to store your favorite music. There's a 1.8" QQVGA display 48MB of internal storage and 128MB of RAM powering the phone is a 1020mAh battery which as per Nokia Mobile should last up to 12 days on standby when on a 4G network.

It is to be seen at what price Nokia Mobiel will be launching the Nokia 110 4G in India. The pricing and availability details for India will be available once the phone is launched which should take a few days.