Nokia 5.4 could be coming to India very soon. 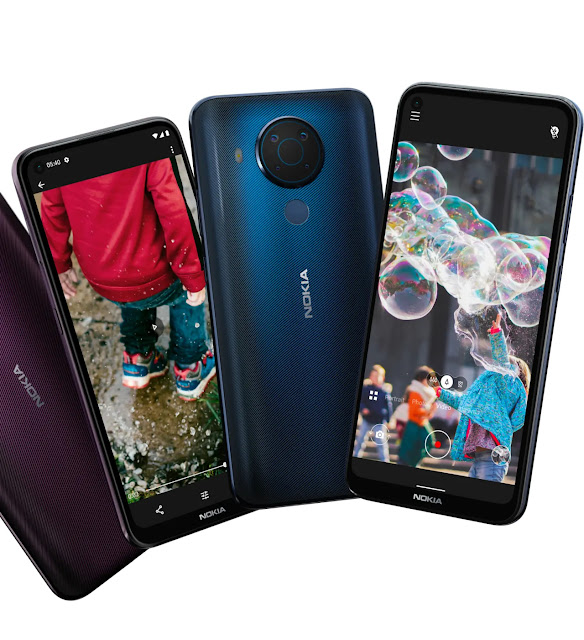 Nokia 5.4 is the latest mid range Nokia smartphone which was launched in mid-December 2020 and is slowly making its way to more and more markets. It seems India could be the next market where the Nokia 5.4 will be launched in the coming days. 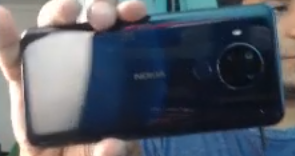 The phone was today spotted in Chetan Bhawani's gaming Livestream on his Youtube channel Gaming Josh where he showed the device by mistake giving us a glimpse of the phone. Even he realised his mistake instantly and mumbled, "Oh God I didn't have to show this phone" and moved the phone away from the camera.

At first, it looked like a Nokia 8.3 5G but after taking a screenshot and zooming in on the phone, a rear mounted fingerprint scanner is clearly visible just below the camera and the only phone with that kind of a setup currently available is the Nokia 5.4.

Nokia 5.4 comes in a beautiful design and some classy colour options to choose from and the device is built from sturdy polycarbonate. In terms of software, the phone runs on Android 10 and being an Android One device it will receive Android 11 as well as Android 12 along with three years of monthly security patches. The phone also brings many camera features of the Nokia 8.3 5G like the cinema mode to the mid range and coupled with a Quad Camera setup and a modest hardware the phone looks like a pretty good deal if priced well in the Indian market.

There is a possibility that the device could be the unannounced Nokia 7.4 but I don't think HMD will bring it so fast to India without even doing a global launch. So, I don't think it is some new device but let's see what comes out.

Thanks, Debdeep for the tip! 🙂