Nokia Mobile has silently launched its new entry-level Android Go smartphone Nokia 1.4. This new budget smartphone focusses on the basics with some nice feature additions for the very first time on a Nokia 1 series device such as a physical fingerprint scanner and Dual rear cameras making it an amazing choice in its segment for the first time smartphone buyers. 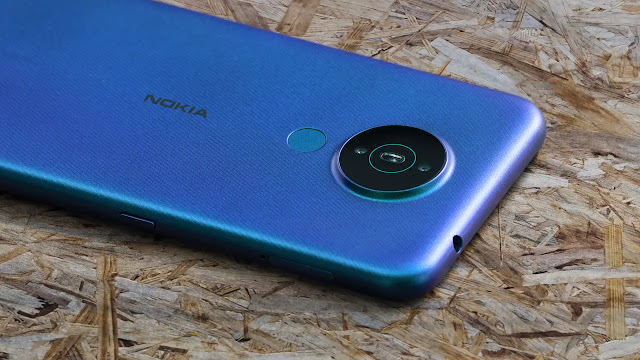 Nokia 1.4 is built from a sturdy polycarbonate material and follows the same design language as all current Nokia smartphones. The back of the phone has a nice texture for a firm grip and the rounded corners will make the device comfortable to hold. There's also a circular camera housing which we have seen on most Nokia smartphones launched in last 1 year. 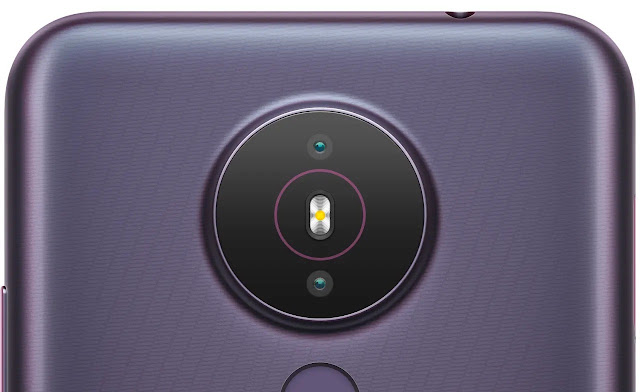 At back, there's an 8 MP main camera along with a 2MP Macro camera (Yes, you read that right. There's no depth sensor but a MACRO camera instead which is a big plus.) and an LED flash sits in the middle. Just below the camera is a physical fingerprint scanner which is made available for the very first time on a Nokia 1 series smartphone.
Nokia 1.4 comes with Camera Go app which is made by Google for Android Go devices. Camera Go app brings features such as Portrait Mode, HDR and even a Night Mode for better low light shots. This will bring a lot of improvements to photo quality on low-end hardware.

Coming to other specifications, Nokia 1.4 is powered by the Qualcomm Snapdragon 215 processor and comes in 1GB/16GB, 2GB/32GB and 3GB/64GB memory configurations which are market dependent. The memory can be expanded up to 128GB using a MicroSD card. To keep things running, Nokia 1.4 comes with a 4000mAh battery and Nokia Mobile claims it can last for up to 2 days with basic usage on a single charge. 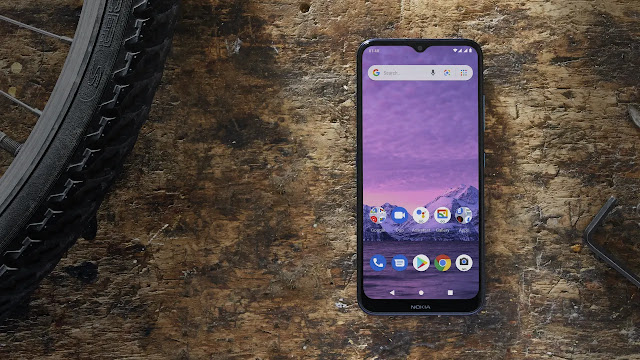 At the front, there is a large 6.517" HD+ display in 20:9 aspect ratio with a Selfie notch at the top that houses a 5MP front-facing camera. Nokia logo can be seen on the bottom bezel and there's a dedicated Google Assistant button on the left side of the device. The micro USB port and the primary mic are placed at the bottom while the speaker grill is located at the bottom back of the phone.

Nokia 1.4 is not a powerhouse and is not even targetted at the regular android device owners. This device is aimed at users who will be buying this as their very first smartphone and being an Android Go device it comes with a clean UI which makes it a good choice for first time smartphone buyers. Nokia 1.4 will be available globally at a starting average retail price of €99.
Check out the official Press Release.
Android Go Launch Nokia 1.4 Nokia Mobile