Design of the upcoming Nokia 150 shown in a sketch 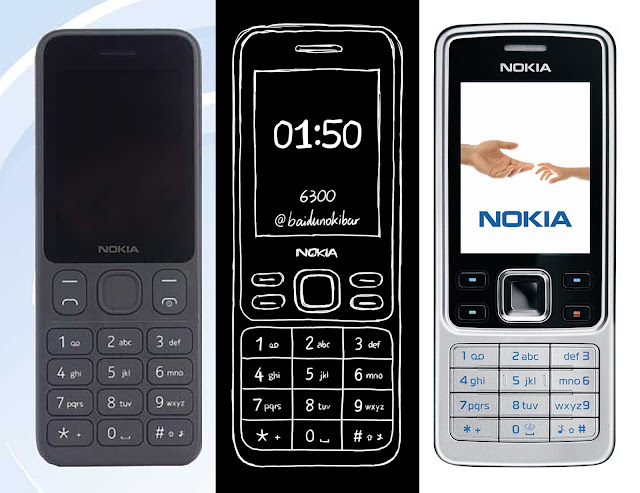 As you all know, Nokia Mobile is planning to launch two new feature phones - the Nokia 125 and the Nokia 150. We got a glimpse of the Nokia 125 from the images uploaded by Chinese certification agency TENAA but the Nokia 150 was still a mystery till now.

Yesterday, Nokibar shared the sketch of the upcoming Nokia 150 on twitter along with the image of the Nokia 125 on its left and the Nokia 6300 to its right. Tweet below:

Nokibar's tweet suggests the design of the upcoming Nokia 150 could take some design cues from the iconic Nokia 6300 launched back in 2006. The sketch of the Nokia 150 resembles the Nokia 125 more but the separation of number keys and the display along with menu keys matches that of the Nokia 6300 to some extent.

Judging by the sketch, Nokia 150 will have big number keys just like the Nokia 125 and the Nokia logo sits below the display area. The D-Pad is small and nothing like the big D-Pad of the Nokia 6300. This is the area where Nokia feature phones need to improve. The display should be 2.4" in size similar to the original Nokia 150 launched in December 2016.

The sketch gave us a rough idea of how the Nokia 150 will look like. I hope this new Nokia feature phone will come in some beautiful colour options as well.
Feature Phone Nokia 150 (2020) Nokia Mobile nokibar Sketch TA-1235