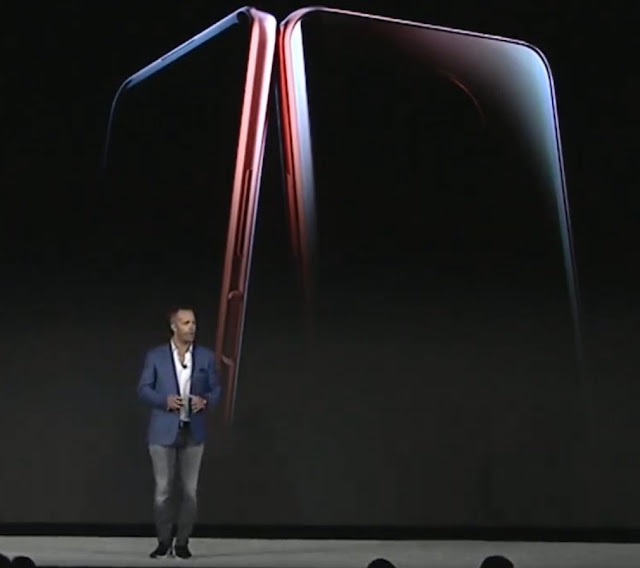 Yesterday, Qualcomm launched its new Flagship SD865 processor and the mid-rangers SD765 and SD765G (G is for Gaming) processors with support for 5G at the Snapdragon Tech Summit held in Hawaii. Qualcomm had also invited key partners to the event to share the stage.

Juho Sarvikas, CPO, HMD Global took this opportunity to show what Nokia Mobile has been working on. Sarvikas explained how Nokia Mobile is different in this industry. Nokia Mobile having Finnish roots makes technology with a purpose which enhances everyday life with experiences such as PureDisplay, PureView imaging and by delivering beautifully crafted smartphones with a strong build quality that the Nokia brand has always been known for. Juho Sarvikas also shared how Nokia Mobile is committed to providing two major Android updates and three years of monthly security updates which make Nokia phones better over time.

A render of this 5G Nokia smartphone was shown on the screen along with some key features. Nokia's upcoming affordable 5G smartphone will come with PureDisplay, a new generation of ZEISS imaging taking full advantage of SD765's ISP. This upcoming Nokia 5G Smartphone will also support 4K UHD Ultra Wide-angle video recording which suggests it will have a wide-angle camera.

The device shown was in Polished Copper colour with a curved glass back and a circular camera housing similar to what we have on the Nokia 6.2 and the Nokia 7.2. Closer inspection also reveals a side-mounted fingerprint scanner just below the volume rocker which is a very neat and practical placement. We can also see an earpiece at the top edge but there is no front camera visible. Will it come with a pop-up selfie shooter?

Nokia 8.2 "5G" sounds like a perfect name to me at this moment but let's see what Nokia Mobile officially names it. It is also not known when this Nokia 5G smartphone will be officially launched but MWC2020 seems to be a perfect time. Nokia Mobile is also holding an event on 5th December in Cairo and it would be a very good surprise to see this phone launched at this event with the sales beginning in February 2020. :)

What do you think about this Nokia 5G smartphone? Do you have a better naming idea? Share your thoughts in the comments below. 😊
5G Nokia Nokia 8.2 5G Nokia Mobile Snapdragon 765 Snapdragon Tech Summit