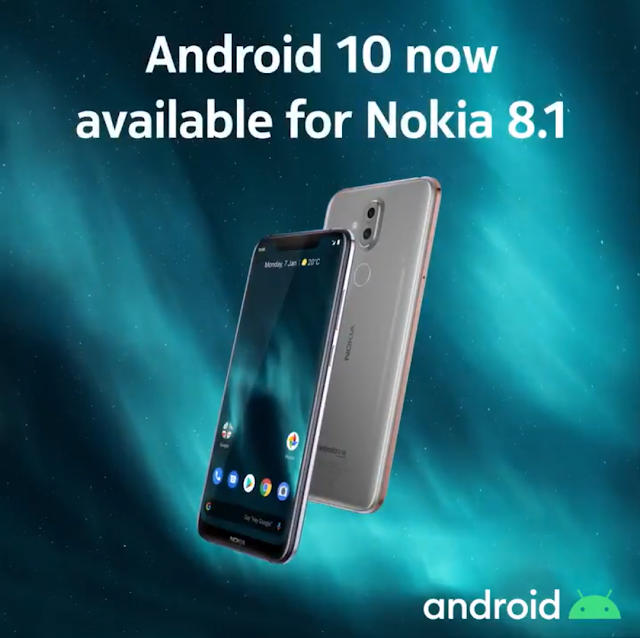 Hey, Nokia 8.1 owners. Here's a sweet gift for you all from Nokia Mobile. After some testing and bug fixing in the developer preview for a few months, the official Android 10 update for Nokia 8.1 has started rolling out from today. The news as always was shared by Juho Sarvikas on Twitter.

Android 10 upgrade for Nokia 8.1 starts today! First on SD710 to bring new features such as Dark theme, Gesture Navigation and more. Staying the course to be the first across the portfolio! Nokia phones #Keepgettingbetter #nokiamobile pic.twitter.com/U9g1jZHtA6
— Juho Sarvikas (@sarvikas) October 9, 2019

Here's a screenshot of the update screen. The most noticeable changes that Android 10 will bring are  system wide dark theme option and new gesture based navigation.

The update is 1448.7MB in size and is already rolling out in India. Do note that updates are rolled out in phases and won't be available in all regions at the same time. The update availability will also depend on operator approval in your country. The update might take a few weeks to be available in every region. So, don't worry if you don't see an update notification on your Nokia 8.1

Did the Android 10 update changed anything in the camera app of Nokia 8.1? Did you find anything interesting after updating your Nokia 8.1 to Android 10? Share your findings in the comments below. 😊
Android 10 Android Updates Nokia Nokia 8.1 Nokia Mobile