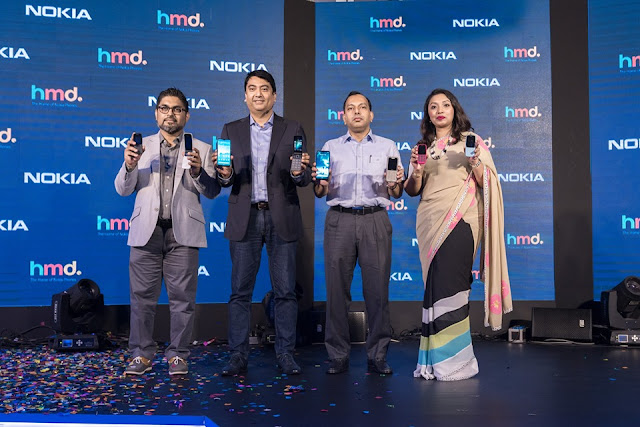 Nokia Mobile held a launch event in Bangladesh last week where they announced seven Nokia devices in the country. The phones launched at the event are the Nokia 105, Nokia 110, Nokia 220 4G, Nokia 2720 Flip, Nokia 800 Tough, Nokia 6.2 and the Nokia 7.2.

Nokia Mobile also launched its new member of the original series - the all-new Nokia 2720 Flip and the rugged feature phone Nokia 800 Tough in Bangladesh. Nokia 2720 Flip is priced at 9,500 Tk and is expected to go on sale from 1st week of November. Nokia 800 Tough will be available sometime in December at a price of 10,250 Tk in Black Steel and Desert Sand colour options.

If interested you can watch the Nokia Mobile Bangladesh launch event.

So, out of the seven phones launched which phone are you planning to buy? Share your favourite one in the comments below. :)
Bangladesh Launch Event Nokia 105 Nokia 110 Nokia 220 4G Nokia 2720 Flip Nokia 6.2 Nokia 7.2 Nokia 800 Tough Nokia Mobile