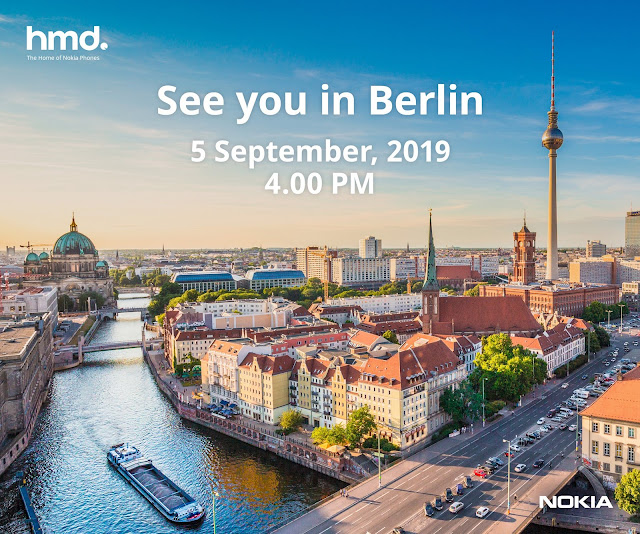 Nokia Mobile is all set to launch its new devices and has scheduled an event on 5th September 2019 which is next month. The event will take place during IFA2019 in Berlin and this will also be the 1st time that Nokia Mobile will be present at IFA.

Proud to announce that we will be at IFA - our first time ever! See you in Berlin #staytuned #nokiamobile pic.twitter.com/Wx8qhtvHog
— Juho Sarvikas (@sarvikas) August 9, 2019

It is not known what new devices will be launched at the event but we can expect to see some new mid-range devices. Nokia Mobile is yet to launch the successors of the Nokia 5.1 and the Nokia 6.1 so it is highly likely that we might see the Nokia 5.2 and Nokia 6.2 at this event. Some rumours also suggest the launch of the Nokia 7.2 but we will have to wait till the launch event to see what Nokia Mobile brings.

Nokia Mobile has started rolling out the November Android Security patch for its Android One and Android Go devices. We will update this list as more Nokia smartphones start receiving the update. If you get the update on your Nokia smartphone then do send in your screenshot along with the device name. This will be helpful in keeping this list updated.

GUIDE | How to unlock the bootloader of Nokia 7.2 and Nokia 6.2(Free method)

We all are aware that Nokia Mobile doesn't officially allow bootloader unlocking and the available unofficial method is a paid process. This is the reason Nokia smartphones have a bad reputation among users who want more control over their devices and love to play with different ROMs and customisation options.

Just yesterday, we shared information about the Nokia TA-1277 clearing the FCC certification process. It is a Single SIM model made for the LATAM market. Today, the Dual SIM variant of the same smartphone also passed the FCC. The model number is TA-1270 and this is a global variant.