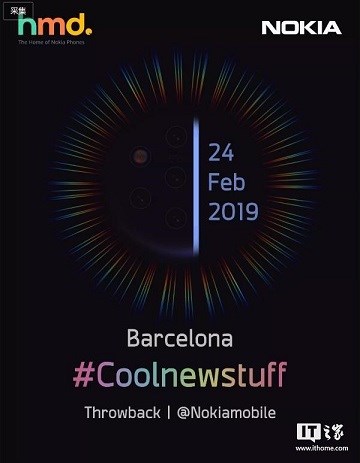 Nokia Mobile will be showing their new phones at their mega event of the year which is held on 24th February 2019 at MWC in Barcelona. This is the most exciting day for Nokia fans and this year the excitement is just at a different level especially due to the expected launch of the long awaited Nokia 9 PureView with 5 cameras. To make things even more exciting, two new teasers of the upcoming devices have been spotted in China.


The first teaser (header image at top) clearly shows the Penta Lens setup of the Nokia 9 PureView and the date mentioned on the teaser is 24th February 2019 which is when Nokia Mobile is holding their launch event and the 2nd teaser has a silhouette of another Nokia smartphone. The user who uploaded this image also uploaded an edited version in which we can clearly see the recently leaked Nokia smartphone with a punch hole display and the Nokia branding can be seen on the chin of the device. The teaser image also has the dates of the MWC mentioned along with the #Coolnewstuff hashtag. Both images below: 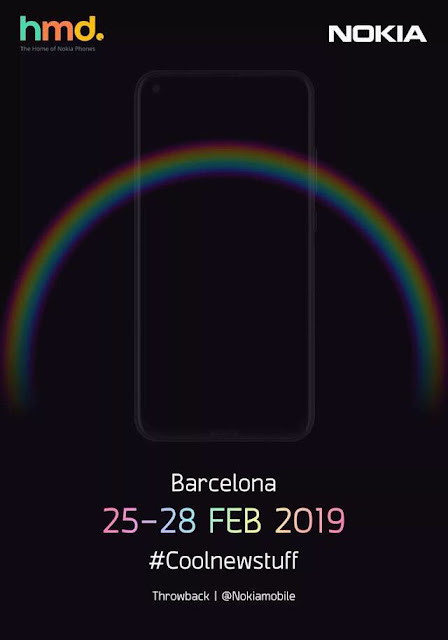 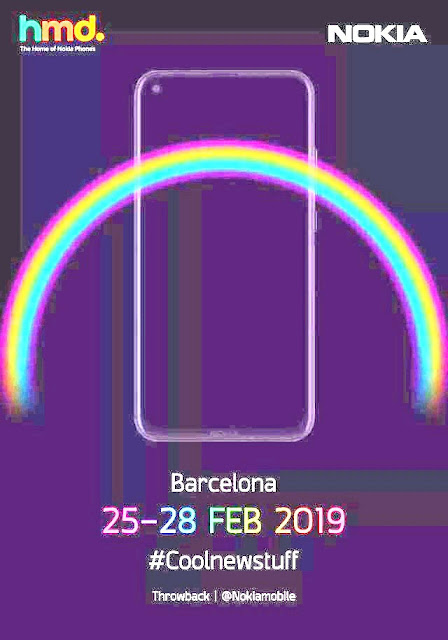 Nokia 9 PureView is the most awaited Nokia flagship and will finally be launched at MWC 2019 and if these teasers are to be believed we will also see a new Nokia smartphone with a punch hole display being launched at the event. Hopefully these are not the only Nokia smartphones that Nokia Mobile will launch at MWC and we will get to see a few more announcements. 🙂