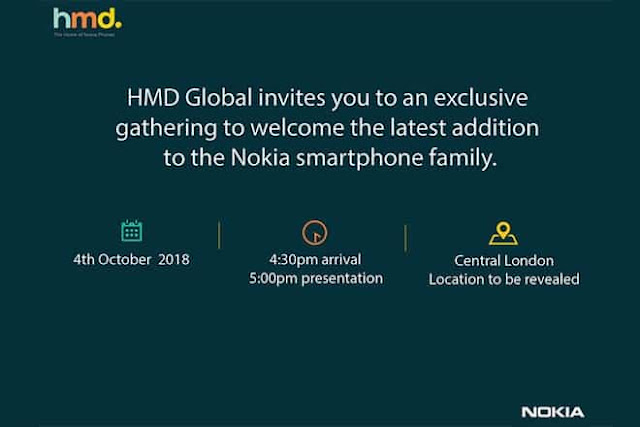 
As per the invite, HMD Global will announce a new addition to the Nokia smartphone family. Now, we are not sure what this new addition will be. These regional events could be for the Nokia 5.1 plus and Nokia 6.1 plus launch in the European market. However, the event could also be for the launch of Nokia 8.1 as it has been over a year since the launch of the Nokia 8 in London last year but then why would HMD Global hold two launch events at different locations instead of just one big event at one location.

There were rumors that Nokia Mobile will launch the Nokia 9 in October but as per the tweets from Nokia Anew the launch event is postponed and Nokia 9 will be launched at MWC 2019 in February.

We can't be sure about what new phone Nokia Mobile will add to the Nokia smartphone family but 4th October is just 2 weeks away so get ready for some announcements. :)