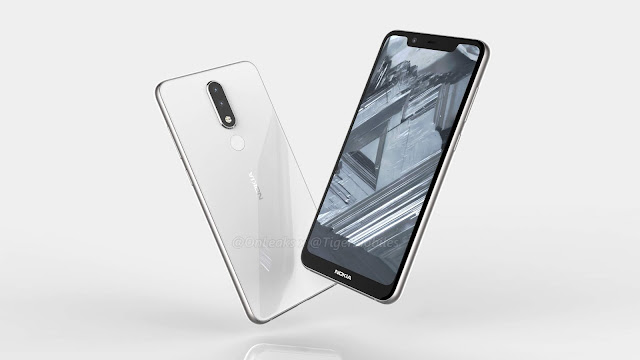 Nokia 5.1 plus aka Nokia X5 leaked in high quality renders recently and then TENAA revealed most of its specifications and images. Usually, if a phone is certified by TENAA, we can expect that phone to be launched soon.

We have also got a low-res image of a promotion banner of Nokia X5 along with Nokia X6. Just like in the images earlier revealed by TENAA we can also see a wider notch on the Nokia X5 in the image below. Take a look:

Specifications of Nokia X5/ 5.1 Plus

We already know that HMD Global is also working on Nokia Phoenix with Snapdragon 710. That device is expected to be launched during the end of Q3 (possibly in September) and the device might be available globally. The leak also points out that this phone might not have a notch.

The flagship phone with Snapdragon 845 is expected to be launched in mid Q3 (likely during the end of August). It could be the rumoured Nokia A1P with an In-Display fingerprint reader. All these are rumours and we advise you to take it as a pinch of salt.

We are just a week away from 11th July and we will keep you updated as soon as we find out more, so Stay tuned!