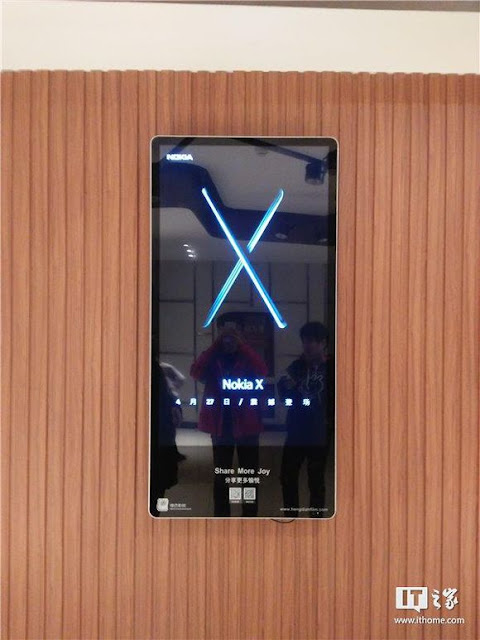 Just yesterday, a trusted member of Nokibar forums on Baidu shared some images of a Nokia X teaser which Nokia Mobile showed to the public at a movie theatre just after the Nokia 8 Sirocco commercial ended. The teaser shows the alphabet "X" created with the sides of the possible upcoming Nokia X device and below the image is the text which says the device will be launched on 27th April in China.


Nokia has previously made many X Series feature phones like Nokia X2-00 and smartphones running Symbian like the Nokia X7-00. Nokia X also reminds of the 1st Nokia smartphone running on Android AOSP i.e. the Nokia X which was launched at MWC 2014 along with the Nokia X+ and the Nokia XL. It was Nokia's 1st attempt to bring a Nokia device running on Android but the line up was canceled soon after Microsoft bought the Nokia D&S division.

It seems Nokia Mobile is planning to bring back the X Series and it will be interesting to see how this new series will differ from the current devices. As it is named "X", I assume it to have some X Factor to it. :) There is not much info available about the device but according to the source, the upcoming "Nokia X" will be offered in two variants with MediaTek and Qualcomm processors and will come in 4GB+64GB and 6GB+64GB memory configurations. If you look at the images we can also see the curved display just like on the Nokia 8 Sirocco with Slim Metal Unibody design. 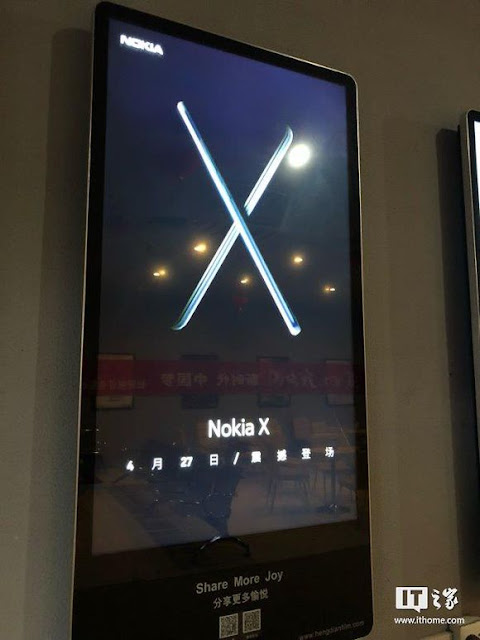 How will this upcoming Nokia X differentiate itself compared to the current Nokia smartphone line up? If this is a new phone which will be different than the current Android One line up then will it bring a new Custom UI over the stock Android UI? Is HMD Global planning to make a smartphone that can run Sailfish  X OS? These are just my thoughts and Nokia X could be a completely different device. We will soon find out more once the Nokia X is launched on 27th April in China.

What according to you could this new Nokia X device be? Share your thoughts on the Nokia X in the comments section below.  :)