Yesterday, at the Nokia Mobile MWC Launch Event, Juho Sarvikas - CPO, HMD Global announced that Nokia 3 will start receiving the Android Oreo Beta on Monday. Staying true to his words, in a recent tweet he announced the beginning of Android 8.0 Oreo Beta testing for Nokia 3 via Beta Labs.

Once you register your Nokia 3 at Beta Labs to get Android Oreo Beta then you will be notified once the update is available for your device. You can also check for the update manually by going to Settings > About phone > System Update. They update could take some time to reach your device so be patient till the update arrives. :)

You can now get #AndroidOreo for #Nokia3 in #Nokiamobile #Betalabs. Please help us test and perfect for commercial release! Thank you 🙏
— Juho Sarvikas (@sarvikas) February 26, 2018

Here is a screenshot of Android Oreo Beta update notification on Nokia 3. 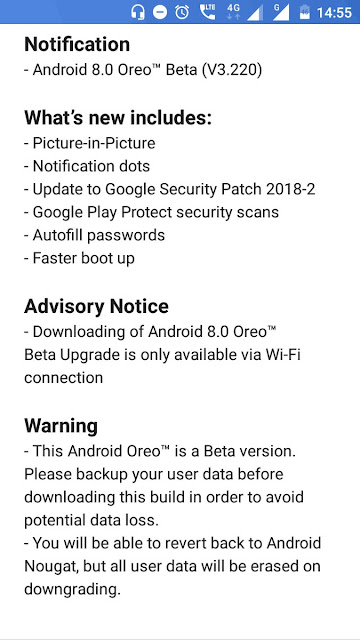