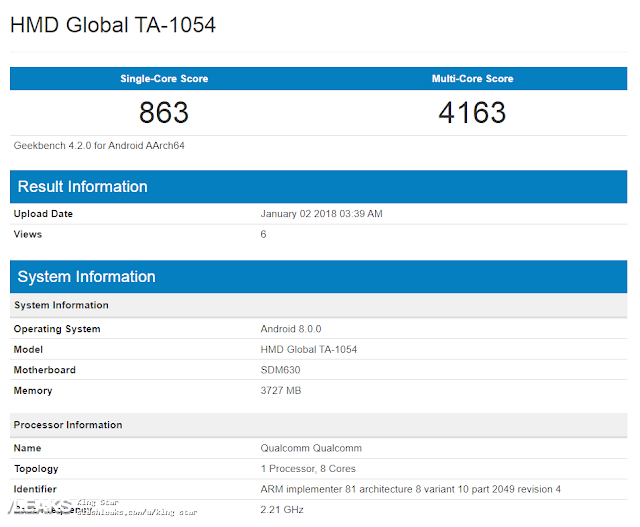 The long-rumored Nokia 6 (2018) has been spotted on the Geekbench database. The phone carries the model number TA-1054 which is the same model that was certified by TENAA a few weeks ago. The specifications shown in the Geekbench results will surely excite all Nokia fans. Read on to know more.

This should surely give a relief to many fans who were disappointed by the HMD Global's choice of processor for the Nokia 6 last year and if the geekbench info is to be believed then HMD Global has listened to the feedback from their fans.

The Nokia 6 TA-1054 listed on the geekbench database is a Chinese variant and the global variant could have different specification same as what happened last year with Nokia 6. The phone could be launched this month in China which will be exactly one year after the launch of Nokia 6 in 2017. :)

Thanks Akilesh for the tip :)