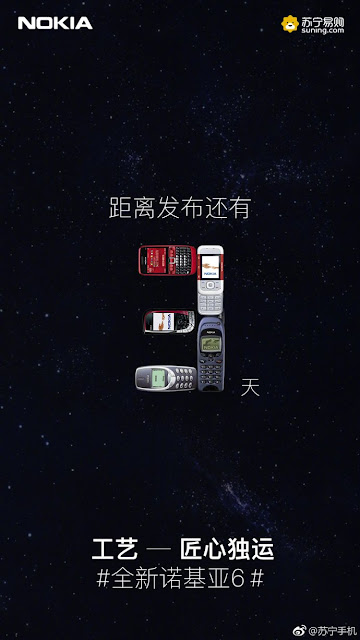 Chinese retailer Suning teased the launch of Nokia 6 (2018) in China. The teaser image was posted by Suning on their Weibo (China's version of Twitter) account.
The teaser image had classic Nokia devices forming the number 3 followed by some Chinese text. The official post from Suning on their Weibo account clearly mentions the 3 days Countdown for the launch of new Nokia 6 which can be seen in the screenshot below. The post was published on 2nd January which means that HMD Global could launch the Nokia 6 (2018) on 5th January 2018 which is tomorrow. 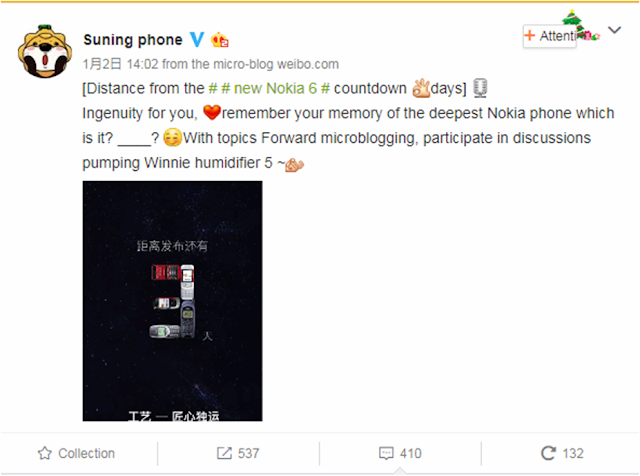