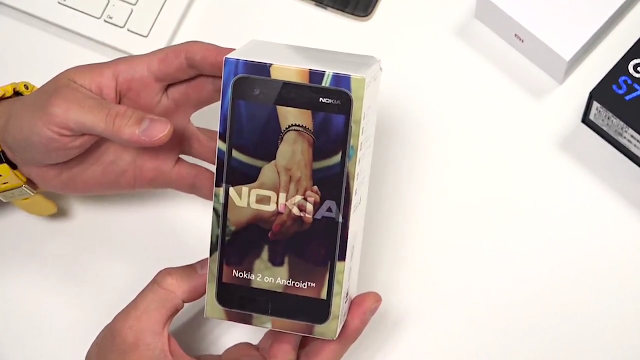 Earlier this week, Nokia 2 went on Pre-Order via the Official Nokia Mobile Online shop in Russia. The deliveries of Pre-orders had begun from 9th November and by now the phone might have reached many of the buyers.

Nokia 2 is now available on mobileshop.nokia.ru for the price of 7990 Russian Ruble. The phone will be delivered by 14th November if you order it now. The buyers who pay by a card will also receive a discount of 150 Russian Ruble bringing down the price to 7840 Russian Ruble.


You can check out all Nokia 2 specs and features by clicking here.

First Nokia 2 Unboxing and Hands-On Videos: (Videos are in the Russian language)

The thumbnail used by the uploader is of Nokia 5 but the video is about Nokia 2 :)
Nokia 2 Nokia 2 Unboxing Nokia Mobile Shop Russia

Here's a piece of good news for Nokia 2.2 users. Nokia Mobile has just rolled out the Android 11 update for the Nokia 2.2. The update as always is rolled out in waves for a smooth rollout and the Wave 1 includes a total of 24 countries where the update is currently rolling out.

New Nokia smartphones also bring along a few new wallpapers along with them which we can't officially get on our older Nokia smartphones. But there are unofficial ways. We have extracted the original stock Nokia 3.2 Wallpapers from the firmware and are now sharing them with you. All the wallpapers are in high resolution and will definitely give your home screen a new look.