Nokia G20 is ready to land in India 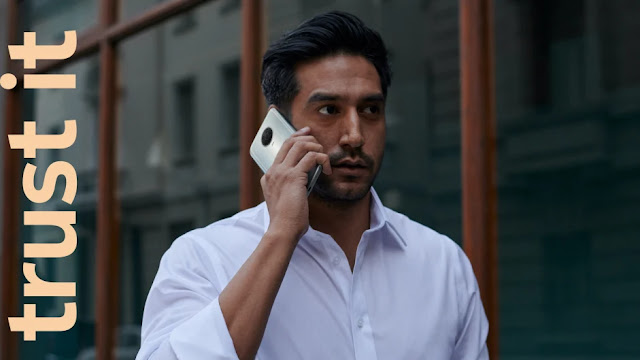 It's finally here. The Nokia G20 has almost reached India and should be officially launched and go on sale in the coming weeks. Nokia Mobile India updated its website today with Nokia G20 taking all the space on the homepage with a message "Nokia G20 is here". Users can sign up to get notified when the phone is available.

Nokia G20 is one of the six new smartphones Nokia Mobile launched in April. The phone is intended for basic users with a focus on the camera, battery life and design. It is powered by a Mediatek Helio G35 processor, comes with 4GB RAM and two storage options of either 64GB or 128GB. Few other highlights of the Nokia G20 are a dedicated Google Assistant button for activating the voice assistant, OZO Spatial audio capture which is a nice addition and a promise of providing two major Android OS upgrades and three years of monthly security patches. Nokia G20 comes with Android 11 out of the box which means it will be getting Android 13 when it is released.

Nokia G20 comes with a 5050mAh battery which is the largest battery ever on a Nokia smartphone and Nokia Mobile claims it can last up to 3-Days. The circular camera housing at the back has a 48MP main camera accompanied by 5MP Ultra Wide, 2MP Macro and 2MP depth sensors and there's an 8MP camera at the front for selfies. Nokia G20 comes in two colour options Night and Glacier.

Along, with the Nokia G20, we also saw the Nokia G10 getting certified at BIS so that phone too should be making its way to India. A bit later, Indian variants of the Nokia X10, X20 and C20 were also seen on the SAR information page on Nokia Mobile's website which suggests these phones too could be making their way to India but we don't know when.

Nokia Mobile should soon be announcing the launch and availability details of the Nokia G20 and maybe by then more phones might be added to the Nokia Mobile website and launched together. We should soon start to see the teaser on Nokia Mobile India's social media channels so do keep an eye for those.

What Nokia smartphone do you want Nokia Mobile to launch in India along with the Nokia G20?