After a long silence, Nokia Mobile is now ready with some new Nokia products which will be launched next month through a virtual launch event taking place on the 8th of April at 3PM GMT (8:30PM India Time).
The media invites for the launch event have been sent out which contains the link to a dedicated page made for the upcoming launch event. The invite also has a new hashtag #LoveTrustKeep which Nokia Mobile will be using to promote the upcoming phones. We will have to wait a bit more to know the story behind this hashtag which is trying to form an emotional connect. 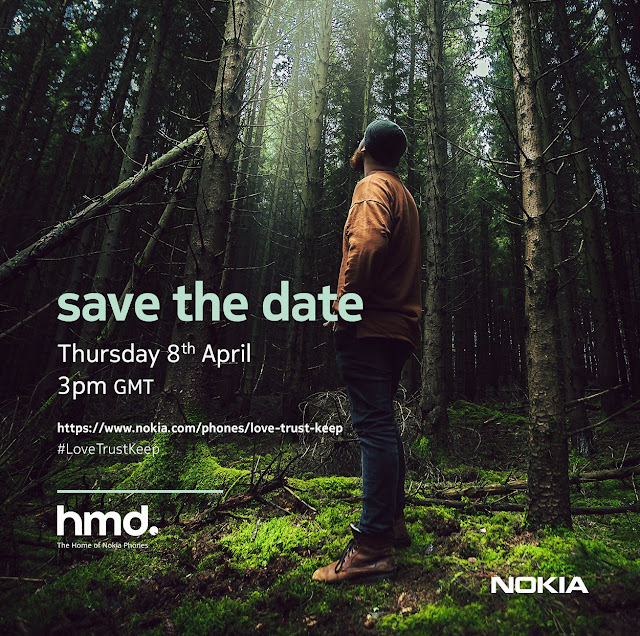 So, what to expect from this launch event?

As per nokibar on Twitter, Nokia Mobile will be removing the "dots" from the device naming and will bring in a new naming scheme from this year. Nokia G10 has been spotted on various certification websites and it is highly likely to be launched at this event. This will also make it the first Nokia smartphone to use the new naming scheme. Along with smartphones, Nokia Mobile is also rumoured to launch the remake of the classic Nokia 3650 feature phone further expanding the Nokia Originals Series line up.

Now that Nokia Mobile will adapt a new device naming scheme I hope they take full advantage of this amazing opportunity and strike back with a well-planned strategy as well. I hope this is not just a normal name change with no changes reflecting in the actual products. We will have to wait till 8th April to know more.

So, save the date and get ready to see some Nokia action on the eighth. 😉
Source: Nokia Mobile via: Nokiamob
#LoveTrustKeep Launch Event Nokia 3650 Nokia G10 Nokia Mobile