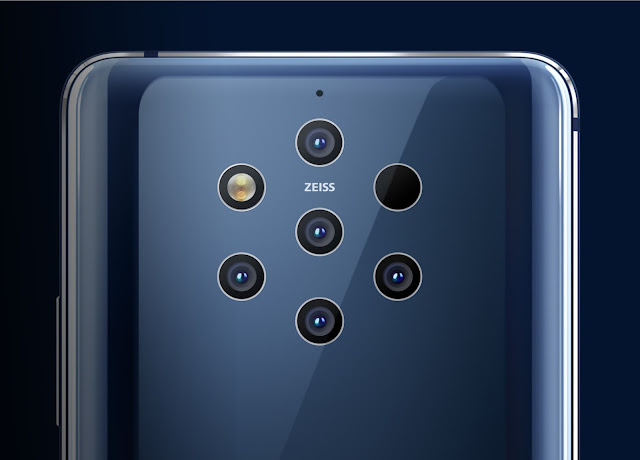 The last flagship smartphone Nokia Mobile launched was the Nokia 9 PureView announced at MWC 2019. The device is almost 1.5 years old now and in this time frame most other smartphone manufacturers already have the successors of their previous models on sale. Nokia Mobile has been rumoured to be working on the Nokia 9.3 PureView for many months now and as per the recent tweet made by Nokia anew, the phone is 95% ready and HMD Global is planning to launch it sometime this year.

The CPO of the company is worried that there will be a large number of defective displays due to the complexity of the technology. He suggests waiting for competitors to test the technology.
A final decision has not yet been made.#nokiamobile #nokia #nokia9 #innovation


Nokia 9.3 PureView is rumoured to come with an under-display camera which is very interesting and not yet done by any other smartphone manufacturer. This technology is complex and Nokia Mobile doesn't want to rush the launch without proper testing of the technology. Due to the complexity of under-display camera technology, the launch of the Nokia 9.3 PureView could be delayed. I hope the device is launched this year itself or it might just become outdated if it launched in 2021. Nokia anew also shared that the displays will be made by LG and the phone has at least 6 cameras on the back.
Nokia Anew is running a poll asking for your opinion on when the Nokia 9.3 PureView should be released. So, go ahead and cast your votes.

If all the past rumours are to be believed, Nokia 9.3 PureView is shaping up to be a very innovative smartphone but I don't want this to go in the same way as the Nokia 9 PureView. HMD Global has to be very strict regarding the quality checks of hardware as well as building a very stable software for this upcoming smartphone. So far, my major complaint with HMD Global is in the software department and that's the area where they have a lot of work to do. I don't want to see this another innovative smartphone suffer due to poor software support.