A new Nokia smartphone carrying the model numbers TA-1218, TA-1221, TA-1222, TA-1226 and TA-1231 has just cleared the Bluetooth certification process.  TA-1218, TA-1222 and TA-1226 have also passed the FCC. As usual, the certification listings do not reveal a lot of information about the device but looking at some of the details it should be a new device. 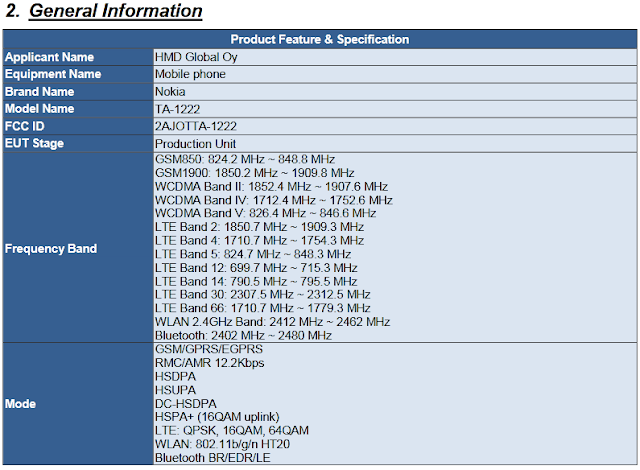 FCC data reveals TA-1218, TA-1226 and TA-1222 to be the production units and the max supported network is LTE which suggests this isn't the Nokia 8.3 5G. Data in the Bluetooth listing also includes the TA-1221 and TA-1231 and all these models support Bluetooth 5.0 and WiFi b/g/n which suggests this to be a mid-range Nokia smartphone. 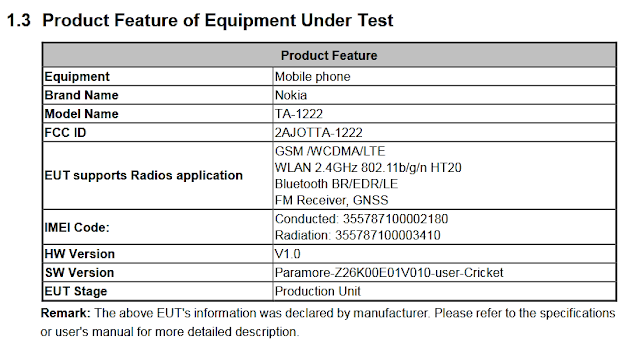 Here's something more interesting which separates the TA-1222 from the other four models. The software version of TA-1222 mentioned in the FCC listing "Paramore-Z26K00E01V010-user-Cricket" is a lot different than the Software version of any other previous Nokia smartphones. The mention of Cricket could be a hint that this new Nokia smartphone will also be coming to Cricket Wireless in the United States. The Software version of TA-1222 mentioned on Bluetooth Certification is "Paramore-011A-0-00CUS-A01". While this is different from the one above, CUS could be a short form for Cricket United States or could just mean custom.

The software version of the other four models (TA-1218, TA-1221, TA-1226 and TA-1231) isn't mentioned in the Bluetooth listing but FCC reveals it to be 0CUS_1_100. This could be the global variant of the TA-1222 and if this is the case then the CUS doesn't stand for the Cricket United States. This is just a speculation and we could be wrong.

We will share more info about this upcoming Nokia smartphone as soon as we find something about it. :)