Android 10 starts rolling out for Nokia 7.1 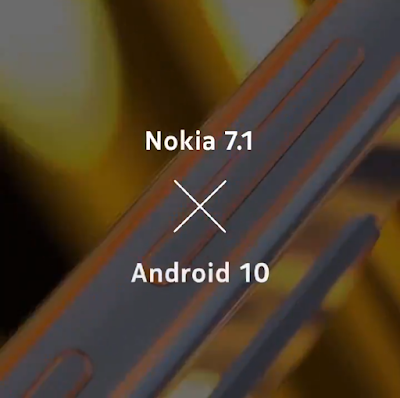 
The update is 1274. 7 MB in size and will include all Android 10 perks such as system wide dark theme, new gesture navigation, etc. The update also includes the November 2019 Android Security patch. Nokia 7.1 is also the 3rd Nokia smartphone to receive the Android 10 update and many more devices planned to be receiving the update very soon.

If you haven't received the update notification you can manually check for the update by going to Settings > System > System Updates. Do note that, major updates are rolled out in phases hence the update won't be available in every region at the same time. The update might take a few days or weeks to be avaiable in every market.
Android 10 Nokia 7.1 Nokia Mobile