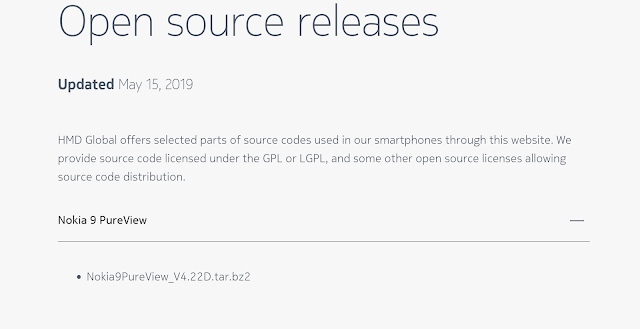 
The Open Source Releases page on the Nokia Mobile website was updated yesterday and we only see a single new entry. There are still a few devices left whose source codes are yet to be released and HMD Global will have to release them sooner or later to comply with the GPL and LGPL.