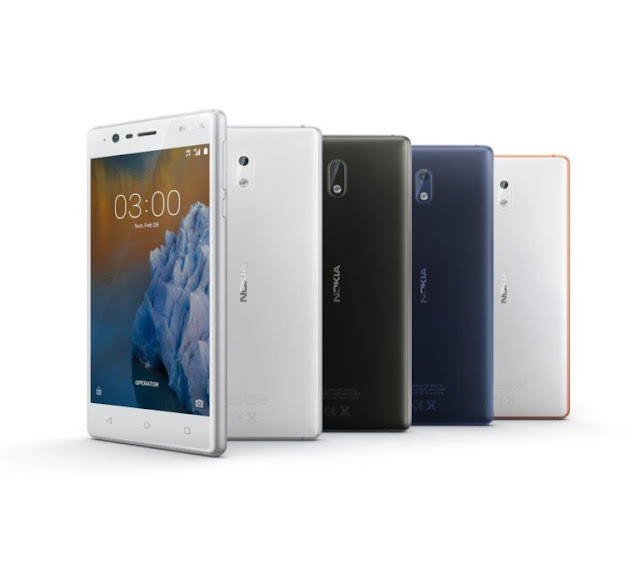 Nokia 3 is one of the first three Nokia smartphones that was launched back in 2017 and helped Nokia renter the smartphone world. The phone was launched running on Android 7.0 Nougat and was later updated to Android 8.0 Oreo at the start of 2018. Nokia 3 is powered by a MediaTek MT6737 processor which is responsible for slow updates but Nokia Mobile has kept its promise and keeps the device up to date.


Nokia Mobile has rolled out the Android 8.1 Oreo update for their Nokia 3. If you remember, this update for Nokia 3 was rolled out in December 2018 in some markets but wasn't rolled out in India. Nokia Mobile has finally pushed this update for the Indian variant of Nokia 3. The update V4.43E for Nokia 3 is huge at 1883.5 MB in size and as per the changelog brings new settings menu and power menu, system stability improvements and also the February 2019 Android Security patch. Check the screenshot below: 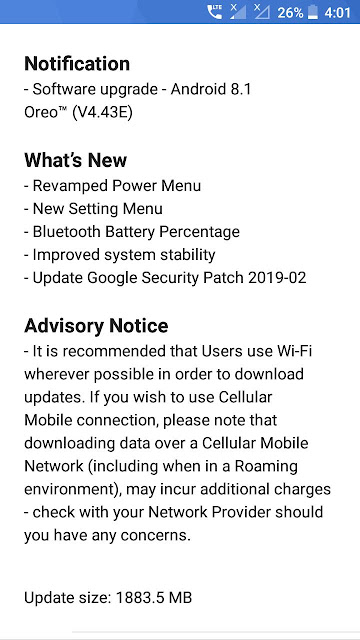 If you haven't yet received the update notification then you should manually check for it by going to Settings > System > System updates. Do share your experience with Nokia 3 after installing the new update. :)

Thanks, Appu Mali for the tip and Screenshot. :)
Android 8.1 Oreo Nokia 3 Nokia Mobile