Nokia 2 running on the stable Android Nougat has started receiving a major update which is big at 567MB in size and is not just the Security patch release. As per the changelog, the update brings System Stability improvements along with Google's October 2018 Android Security update.

Nokia 2 users in India are receiving the update and if you haven't received the update notification you should manually check for the update by going to Settings > About Phone > System Updates. You can learn more about the October security patch on Android Security Bulletin. 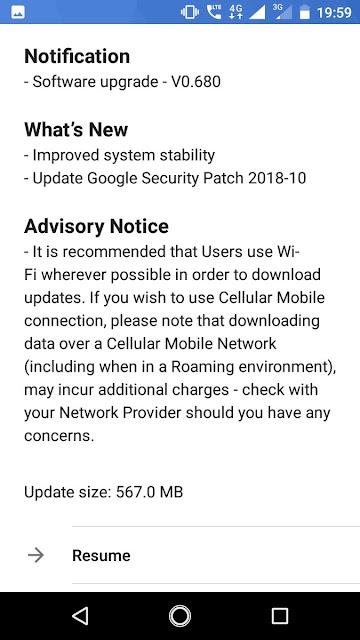