Android Pie roll out begins for the Nokia 7 plus 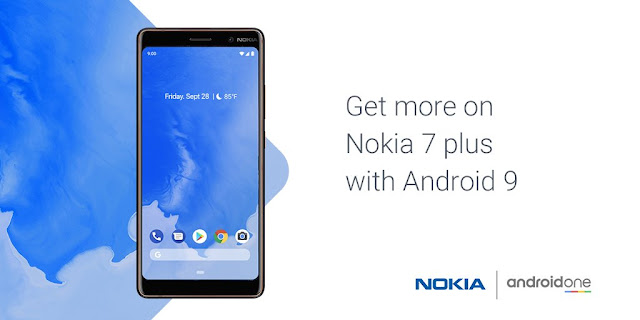 Nokia Mobile has rolled out the official Android 9 Pie update for the Nokia 7 plus. All you Nokia 7 plus users should be very happy today as you all have been eagerly waiting since the start of September for the Android Pie update to hit your devices.

Last month at the Nokia 5.1 plus and the Nokia 6.1 plus launch event held in India, Juho Sarvikas - Chief Product Officer of HMD Global had announced that Android Pie for Nokia 7 plus will be rolled out during the front part of September. But due to some certification related bugs, the update got delayed. All things aside, it is good to have a bug free update a bit late than a buggy OS. As always, Juho Sarvikas announced the commencement of the Android 9 Pie rollout on Twitter. Below is his tweet:

Everybody wants a piece of the Pie! We are starting roll out of Android™ 9 on #Nokia7Plus. Which of its delicious new features is your favorite? 🍰 #Nokiamobile pic.twitter.com/whiZlZPLTP
— Juho Sarvikas (@sarvikas) September 28, 2018

Juho also revealed that the rollout is done in a phased manner and the update will be first released in open markets where there are no operator restrictions and other markets which require approval from operators will receive the update after the approval process. Users from India have already started receiving the update and below is the screenshot. 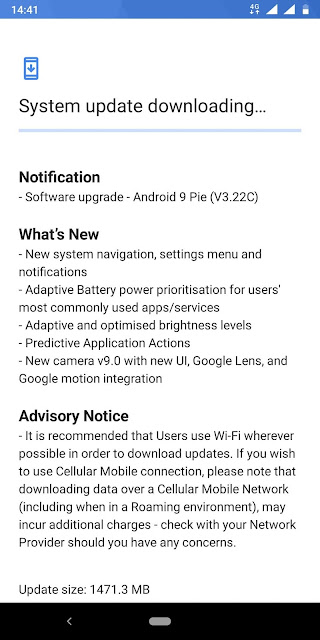 The update is 1471.3MB in size which is large and it is advised that you download the update over WiFi. This update also brings the September 2018 Android Security update for the Nokia 7 plus. You will be notified once the update is available for your device or you can also manually check for the update by going to Settings > System > System updates. Do note that the update is released in a phased manner might take some time to reach all markets.

As you all know, Nokia 7 plus has a Dual-tone LED flash at the back but while using the torch it fired the Yellow color flash which many users didn't like. With the Android Pie update, this issue has been fixed and the torch now fires a White flash instead of the yellow one. I just noticed this and felt like sharing.


When will Android Pie released for other devices?


When asked about the expected Android Pie release date for other Nokia smartphones like Nokia 6.1, Juho  Sarvikas replied: "You should expect that rather soon". Below is his reply: