UPDATE | Nokia 8 gets Nokia Pro Camera as promised. EIS is enabled too | Rolling out now!

During MWC this year, HMD Global introduced the Pro mode in the camera app, which was same as on the old Lumia Phones. Pro mode allows the users to manually adjust the ISO, white balance, focus, and shutter speed on their smartphone cameras.


HMD Global also announced that all Nokia phones with ZEISS Optics will get the new Nokia pro camera UI. Nokia 8 which has ZEISS lens did not get the new pro camera mode and many Nokia 8 users were waiting for this feature. HMD Global assured that Nokia 8 will be getting a camera update soon, along with an overhauled imaging framework. Finally, during the #ChargedUp event in Moscow on May 29th, Juho Sarvikas the CPO of HMD Global announced that the Nokia 8 will be getting the Pro camera from this friday. 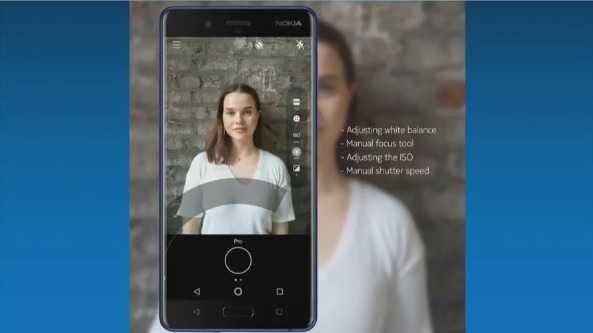 But now it's made available one day in advance. Yes! Pro Camera mode is now available for the Nokia 8 starting from today. Juho Sarvikas just tweeted about its release and below is the official tweet:

Take control of every photo. I’m glad to announce that Pro Camera mode is now available for #Nokia8 ! pic.twitter.com/q2sTWh3IvU
— Juho Sarvikas (@sarvikas) May 31, 2018 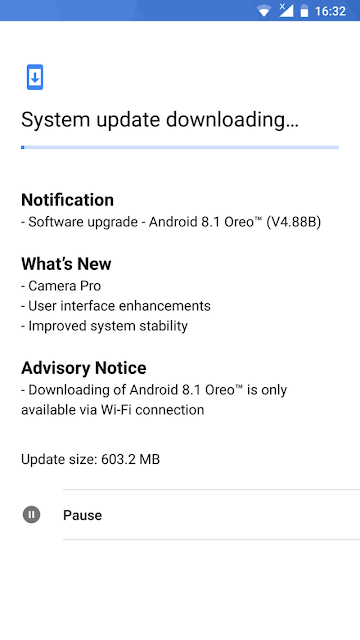 The update is 603.2MB in size and you will be notified once the update is available for your Nokia 8. You can always manually check for the update by going to Settings > About Phone > System Updates. Do remember that OTA updates are rolled out in a phased manner and might take some time to reach your device. 🙂

As you can see in the screenshot above, the update is huge and brings the much awaited Pro Camera mode, User interface enhancements, and some system stability improvements. This new update should improve the camera performance of Nokia 8 and will give users a lot of control while capturing images.

Update: Nokia 8 users have reported that EIS has been enabled after the latest update! It's worth mentioning that Nokia 8 already had OIS.


So, did you get the update on your Nokia 8? How is the camera performance of Nokia 8 after this new update? Do tell us in the comments below!