The new Android Oreo Beta update for Nokia 3 is 1628.8 MB in size. The changelog mentions no new changes compared to earlier V3.220 beta update. I assume it might also include some bug fixes and performance improvements. The update also brings the March Android Security Patch to Nokia 3 and you can find more about Google's March Security update at Android Security Bulletin. 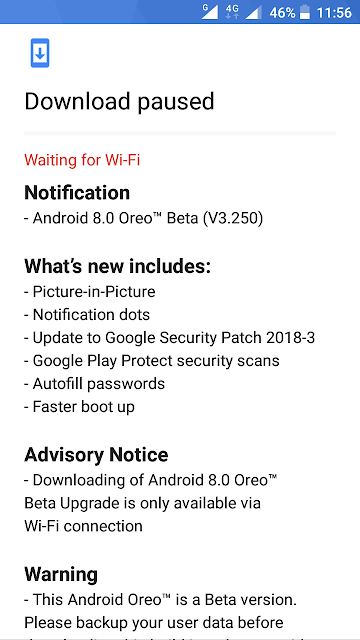 If you update your Nokia 3 to the new version of Android Oreo Beta and find something new in this update then do share it in the comments section below. :)