The update is 788MB in size and you will need 1581MB of space to install the update. You will get a notification once the update is available on your device. You can also manually check for the update by going to Settings > About Phone > System Updates.


What's new in this update:

This major Android update brings the latest generation Android 8.0 Oreo to Nokia 6 (2018) and Nokia 7. The update also brings some speed improvements, new background management mechanism, low power consumption, new gestures such as double tap to wake. Below is the screenshot of the update on Nokia 7.

Nokia Mobile also confirmed that the Android 8.0 Oreo update is coming soon to the first generation of Nokia 6. 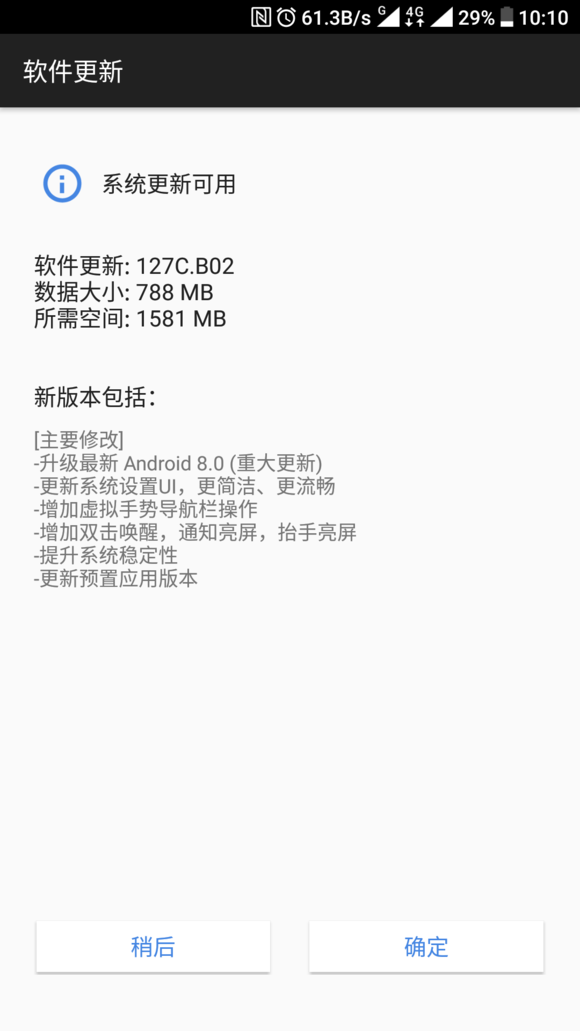