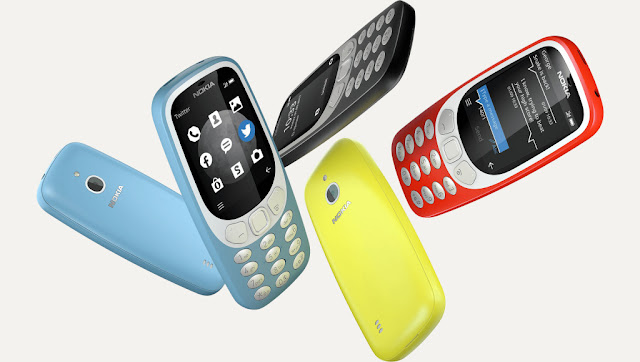 HMD Global has launched the all new Nokia 3310 3G. Earlier, HMD Global had launched the new avatar of Nokia 3310 at MWC this year. The phone was well received but many were not impressed as the phone supported only 2G networks in an era where many operators have started shutting down their 2G services. Now with the launch of the 3G version of the most iconic phone, many fans from markets like US and Australia will finally be able to get one for themselves.


Nokia 3310 now comes with support for 3G networks, but that's not all. The major change is in the software side of the Nokia 3310 3G. The phone now runs on a JAVA based OS and not on the Series 30+ operating system. The phone now allows you to customize the UI and change the colors of the UI using themes. Coming to the colors, the Nokia 3310 3G comes in new color options like - Azure, Yellow, Warm Red, and Charcoal. All the color variants come in a Matte finish

Some minute changes have also been made to the design of the new Nokia 3310 3G. The LED flash now sits at top of the camera and the loudspeaker has been shifted from top to the rear bottom of the phone. Nokia 3310 3G also comes with native Facebook and Twitter apps. The Snake is still present and is waiting for you inside the Nokia 3310 3G.😛

In the box
Display

The all new Nokia 3310 3G has a Global Average price of €69. The phone will start shipping from mid-October.