We Nokia fans have been eagerly waiting to see some fresh new mid to high-end Nokia smartphones from HMD Global. Going by the number of recent leaks and rumours about the Nokia 5.4 it could be the first of the upcoming next-generation mid-rangers and should be launched very soon.

Nokia 5.4 was first spotted on the websites of Australian retailers and now the phone has also appeared in Google's official list of ARCore supported devices which means Nokia 5.4 will have support for ARCore. You can check the screenshot below:

MySmartPrice had got exclusive information about the specifications of the Nokia 5.4 and as per the leaked specs list, Nokia 5.4 will come with a Qualcomm Snapdragon 662 processor coupled with 4GB RAM + 128 GB ROM and will now feature a higher resolution 48MP primary camera which is a big upgrade from the 13MP snapper on the Nokia 5.3. The image containing the complete specs list is below: 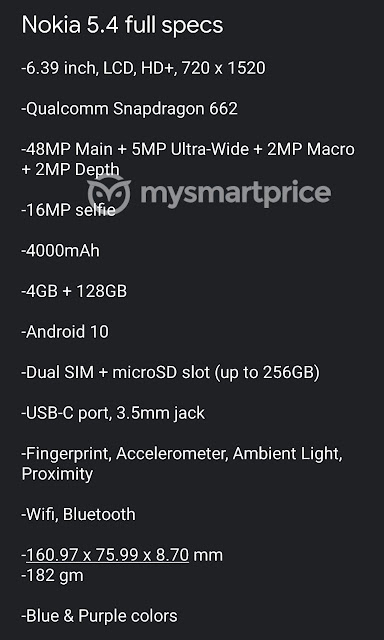 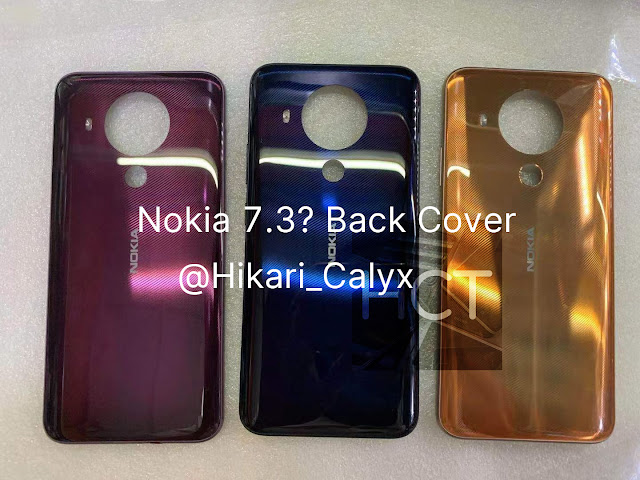 Hikari Calyx shared an image showing the back panel of an unannounced Nokia smartphone in three different colours. The nice-looking glossy back panel is in Purple, Blue and Copper/Gold/Sand colours and also has diagonal stripes like we have seen of the Nokia 2.3, 2.4 and the 3.4. The colour options and the pattern suggest the back panel in the image could be of the upcoming Nokia 5.4.

If these are really the specs of the Nokia 5.4 then the phone has a direct competition from Motorola G9 Power which also has an HD+ display and is powered by the same SD662 processor. Design, Updates and Pricing are where HMD can take the lead and make space for itself. Nokia 5.3 was launched way back in March and faced a lot of delays which could be due to the pandemic and it seems a perfect time to refresh it by announcing the Nokia 5.4. The increase in appearances of Nokia 5.4 on various official portals indicates at a closer launch which I think could happen in early January if not this month.

What do you think? Share your thoughts in the comments.