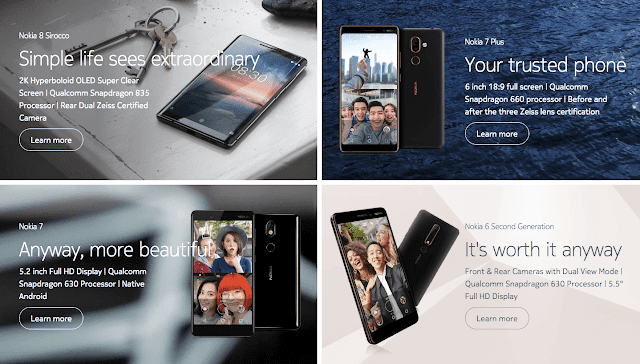 Nokia Mobile has been offering Android P developer preview for a while now. But it was limited only to global variants of the Nokia 7 plus and was not available for the Chinese variant of Nokia 7 plus until now.

Looks like, Nokia Mobile had something bigger in the box for the Chinese users. The Beta Labs program in China had been officially launched and the registrations for the beta program are already over. Registrations were open from 21st June 2018 till 24th June 2018.

The following devices will be getting the Android P Beta update in China:

The registered users will be getting the Android P update soon. No specific date has been announced for the rollout and they have stated that this beta program will be a long-term one. Nokia Mobile also expects the users to have some experience in testing Beta software since it might have bugs and it is not for the ordinary user.


Interestingly, the registrations were done on the Baidu Nokibar forums instead of the official Nokia website. To register, the users had to just reply to the post, their mode and network operator along with their previous experience in such beta programs. Obviously, bootloader unlocked and rooted phones are not eligible.


Unlike the rest of the world, Nokia Mobile China has got more devices under Android P beta program. This gives a slight hope that the international variants of these phones might be joining the Android P Developer Preview. But don't get your hopes high, as Google has given Android P beta to only one device per manufacturer, as of now. Also note that Android in China is different, as Google doesn't have control over it, like in the other parts of the World.


Anyways, a huge thumbs up to HMD Global for keeping their phones Pure, Secure and Up to date!

GUIDE | How to unlock the bootloader of Nokia 7.2 and Nokia 6.2(Free method)

We all are aware that Nokia Mobile doesn't officially allow bootloader unlocking and the available unofficial method is a paid process. This is the reason Nokia smartphones have a bad reputation among users who want more control over their devices and love to play with different ROMs and customisation options.

In April, there was a report that some Nokia Android One smartphones were getting the ability to record voice calls in India via an update to the Google phone app. It was a phased rollout as not everyone with the same device received the call recording feature. But now the feature is available for almost every Nokia smartphone.

Nokia Mobile has silently launched its new entry-level Android Go smartphone Nokia 1.4. This new budget smartphone focusses on the basics with some nice feature additions for the very first time on a Nokia 1 series device such as a physical fingerprint scanner and Dual rear cameras making it an amazing choice in its segment for the first time smartphone buyers. Nokia 1.4 is built from a sturdy polycarbonate material and follows the same design language as all current Nokia smartphones. The back of the phone has a nice texture for a firm grip and the rounded corners will make the device comfortable to hold. There's also a circular camera housing which we have seen on most Nokia smartphones launched in last 1 year.  At back, there's an 8 MP main camera along with a 2MP Macro camera (Yes, you read that right. There's no depth sensor but a MACRO camera instead which is a big pl

Google introduced Project Treble along with Android Oreo last year and it was hugely appreciated as it would make it easy for the manufacturers to update their phones. The following image will help you understand Project Treble better. You can learn more about Project Treble here by clicking here . 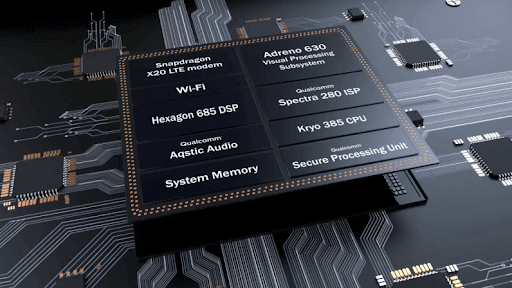 Nokia 9 PureView confirmed to be powered by the Snapdragon 845

Nokia 9 PureView has been in the rumour mills for long and we are still waiting for its announcement. There have been rumours that it'll be powered by the Snapdragon 845 SoC, but there has been no official confirmation or leak revealing it.