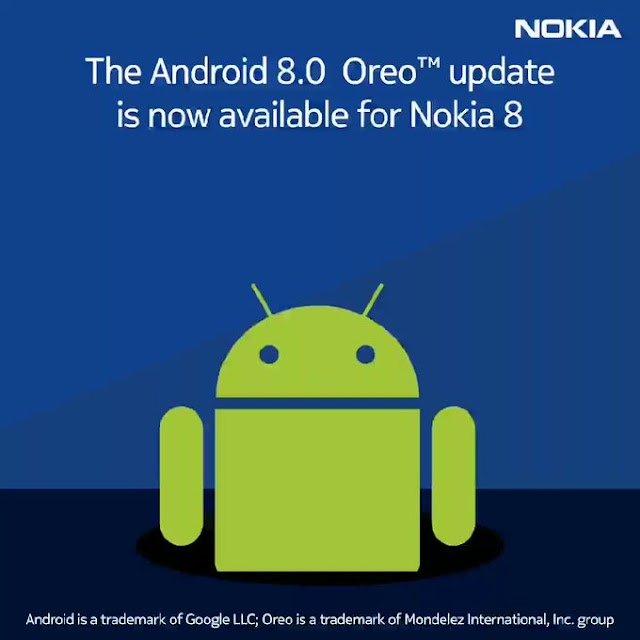 Please note that roll out is phased over 2 days. In addition some operators are still reviewing the SW and in those cases release might be a week later.
— Juho Sarvikas (@sarvikas) November 24, 2017

The update rollout is phased over the next 2 days and if your Nokia 8 is operator locked then the update might reach you by next week. The update is around 1.5GB in size and you will be notified when the update is available on your device. You can also manually check for the update by going to Settings > About Phone > System Updates. The update is only possible on a WiFi connection due to its large size.

This major Android update brings the Android 8.0 Oreo to Nokia 8 along with the November Security patch. The update also brings some new features such as Picture in picture, notification dots, autofill passwords and faster boot up time. Below is the screenshot of the Android 8.0 Oreo update for Nokia 8. 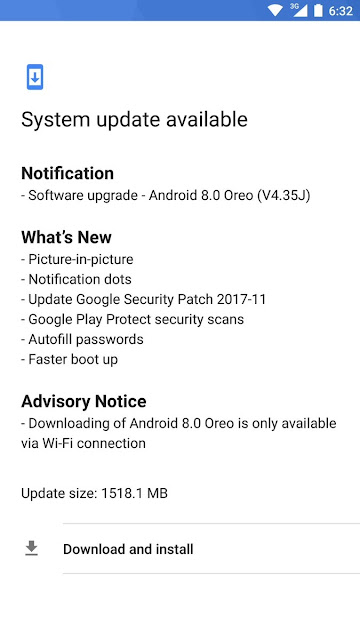