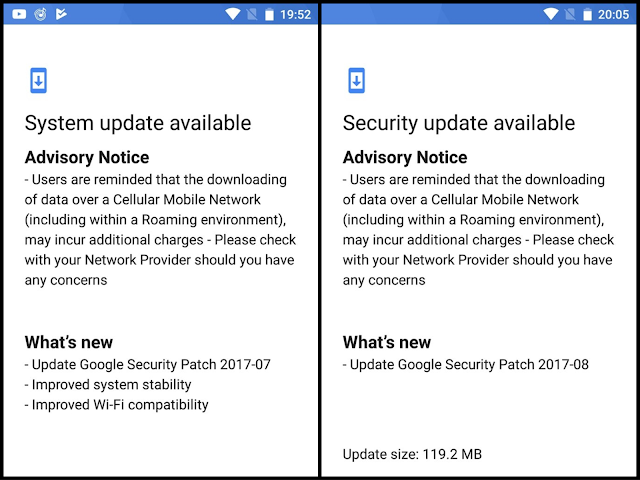 Along with the July security patch, the update also brings some system stability improvements and WiFi compatibility improvements. The August security update brings a new quick-action button for capturing a screen shot with a single tap.

The July Security Update is 162.3MB in size and August update is 119.2MB in size. You will be notified whenever the update is available for your device. 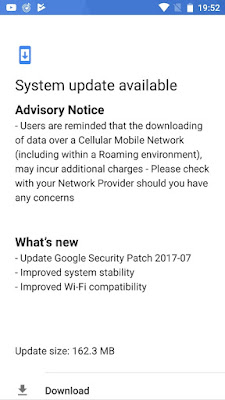